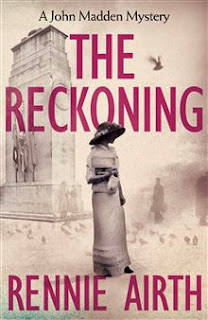 Sussex, 1947. Someone shoots a retired banker Oswald Gibson in the neck, after putting the victim on his knees. A shepherd sees the killer from afar, but can not give a distinct description. It is only known that the killer was wearing baggy clothes and moved quickly, with youthful gait. Shepherd immediately called the constable, police began to surround the area near the river, but the killer seemed to dissolve in the air.

Investigate the murder in Sussex comes Scotland Yard Inspector Styles. Attention of Chief Detective Bureau of the country is attracted by the fact that in Scotland a week earlier in a similar manner an elderly doctor was killed in the operating room. Styles suspects that the murders may be linked. Gibson was a widower, lived modestly, had no enemies. Of relatives he had only a lawyer brother. However, coming servants recall that a few days before the murder, someone visited Gibson. After this visit, Gibson walked thinking about something and even began to write a letter to the Chief Constable of England, inquiring about a former inspector named Madden.

Styles does not know whether this unfinished letter is connected to the murder, but summons Madden, former Yard inspector. Madden, now retired, is mostly engaged in gardening and happy to help, but he doesn’t recognizes Gibson on the photographs.

There are a serial killer, killing seemingly unrelated people, an insightful inspector (in this case, former inspector), scattered through the novel clues, and even chapters, written from the victims’ point of view. Similar novels are published probably by dozens per week in England alone, and this one stands out with bright style and tight plotting.

Rennie Airth avoids hackneyed device when chapters from the murderer’s POV are written in italics. In the novel, there are a few scenes that are written almost from the killer’s point of view, but they do not cause the slightest irritation. The novel’s plot is linear, the story is told clearly, without trying to be "High Literature", which usually ends badly. Here the author’s ability to build the plot is obvious: there is the work of thought, there is footwork. Clues appear gradually, logical, and the investigation is conducted professionally. Each clue is checked out, which again emphasizes the author's skill.

By the middle of the novel it is clear where the investigation will turn that somewhat frustrating. Then the book departs from its course of the classical detective story, floating away in the direction of the country thriller. The killer becomes known, all that’s left is catch him. Airth quite believable handles the scenes of chases and surveillance.

The Reckoning is a nice mystery, not pretending to be something more. It’s a fun read for a couple of evenings.