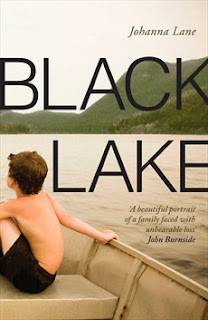 The novel begins in fact with the end: the peak of events is right here, in the initial chapter, and everything that happens on the following pages is the background, the characters study, attempt to understand the causes of the incident.

Dulough, estate with house-castle, located in the north of Ireland, near the ocean, was inherited by John Campbell, one of the main characters of the book, the father of the family which is at the center of the novel. Besides John here live his wife Marianne and their two children - the eldest daughter Kate and son Philip. Due to excessive cost of maintaining of the estate, John is forced to pass the estate over to the government. The family for the season has to move to a small cottage where their servants lived. Philip will drown in the sea, Kate will be sent to the boarding school (previously she studied at home), and Marianne will be stressed, she will become strange, without her husband's consent will pick her daughter up from school and will close herself with Kate in a large ballroom on the third floor of the castle and will refuse to leave. John and Mrs. Connelly, the servant, will bring the food to mother and daughter every day, John will allow to his family stay in self-imposed captivity. Only a few weeks later, John will call the police and his wife's parents, to move Marianne from the room with force. Police breaks down the door, and John will give his wife to her parents.

After this disarming beginning the novel brings us back to the time when John still only signs documents with the municipal authorities. The middle part of the novel is written from the perspective of John and Philip. John's father died long ago, and his mother died shortly before John had married. John and his brother inherited from his mother some funds, as well as Dulough. Brother has takes a portion of the money, and John receives the rest, with the agreement that John will keep the estate, and he also will live in the family castle, and his brother would go to Dublin.

Black Lake unravels in the opposite direction, from the tragic finale to the melancholy beginning. Lane as on purpose throws intrigue on the very first page, as if to say, do not wait a thriller from me, I have more important things to do than tickle nerves. The plot is really very simple and can squeeze into dozen sentences.

The novel works as a location study. Each character of the Campbell family separately is flat character, fabric, which lacks the contour. It is not so important because each character is projected onto the Dulough. Outside the castle, none of these characters would have existed. Novel’s characters are only thinking about the castle, the whole point of their existence is to be tied to it. In the text of the novel there aren’t clues that Dulough is a cursed place, nevertheless the book's characters’ thoughts clearly hint to the bad luck of the castle. Dulough dominates Campbells. Especially adults understand it. John and Marianne become hostages of the estate. John because of his volition gives the catle to possess him (not vice versa), although Dulough is obviously a burden to him.

Marianne is oppressed by empty space. The castle is sucking out her life force, making her miserable.

The most tragic events of the book is ouside of the pages, and yet the book turned out pretty grim. Despite the fact that the ending is already known, there is still a kind of feeling, as if something else happens, even more tragic. Lane knows how to convey despair, anxiety, loneliness. I suppose that so dark prose will not be to everybody's taste.

The novel leaves hope, although it is very illusive hope: heroes remain in Dulough, and it is unlikely that they ever get out of this place. Black Lake is a deep and very dark novel, as the title promises.