I read this year much more than in 2011, but a lot of good books I read were published earlier, not in 2012. I haven't had a chance to review all of the books below, and I hope I'll find the time to review those that were left unreviewed.

The Chemistry of Tears, by Peter Carey

The Land of Decoration, by Grace McCleen

A Hologram for the King, by Dave Eggers

The Devil I Know, by Claire Kilroy

The Yips, by Nicola Barker

The Bitch, by Les Edgerton

I included in this list those books that were published before 2012 but were read by me this year. In no particular order:

The Best American Noir of the Century, ed. by Penzler and Ellroy

The Brief Wondrous Life of Oscar Wao, by Junot Diaz

The Dispatcher, by Ryan David Jahn

Act of Fear, by Michael Collins

Benny Muscles In, by Peter Rabe

The Hunter, by Richard Stark

best non-fiction of the year

Australia is far from the other continents, but its geographical location does not detract from the fact that in Australia they write good literature, too. Workers of the Crime Factory’d made the second anthology, this time – all-Australian. Short stories for an anthology are written by writers who live or lived in Australia. Among the authors there are veterans who published dozens of novels, and novice, who published less than a dozen stories.

Among the obvious advantages of the collection is correct placement of stories (thanks to the editors). «Hard Labour» starts with strong stories and also ends with them. All that is in the middle is of varying quality. The first two stories are authored by Garry Disher and Leigh Redhead, known outside their native continent. Disher presented brilliantly plotted «Wyatt's Art», the story about a professional burglar Wyatt. To enjoy the story, it is not necessary to know what happened in the previous novels about Wyatt. «Grassed» by Leigh Redhead is much more emotional and more "Australian". Drugs, free love, communes - it's all there on the green continent, adjusted for local color. «Killing Peacocks» by Angela Savage is a neo-noir story of domestic violence, with a grim finale.

After the kick-start there is a bulk of the stories, which are well-written, but devoid of anything that would make them stand out from the dozens of other similar crime stories.

Among the names, I had little or no knowledge, it is worth noting David Whish-Wilson with his «In Savage Freedom», a grim story of a father who is out of prison and wants to save his son from the criminal world, and Andrew Nette, with «Chasing Atlantis», a story that best reveals the specificity of Australian crime. Doomsday cult, rapists of minors, fields planted with marijuana, a conman, specializing in cult rip-offs - the story deserves the award as "the most Australian."

Rounding out the collection two works of masters, Adrian McKinty («The Dutch Book») and Peter Corris («Prodigal Son»). The action in «The Dutch Book» takes place in Boston, but the main character is Australian. The story is about that life in general is a dangerous game, and gamblers know about it more than anybody else. «Prodigal Son», the story of a private investigator, is interesting in how Corris makes his detective Cliff Hardy not a knight on mean streets, frozen in the 40's, but the modern detective, using modern technology. Although in terms of morality Hardy is old-fashioned chap.

After the heavy shift this anthology is what needs to relax and get to know about the dark side of Australia.
Автор: Ray Garraty на 4:54 PM No comments:


I rarely do such a thing as posting there some sort of promotional material, but I've been a fan of Open Road Media for a long time, I thought I'd post there their new video profile where Ken Bruen looks at Irish Noir.

These video materials are surely admirably directed and deeper than any book trailers as you can find on the Internet. I believe the future is in video like this, with focus on writer, not a particular book.

MysteriousPress.com is bringing back Ken Bruen's The White Trilogy in print and electronic format. In Bruen¹s The White Trilogy, he explores the dark, seedy streets of London through the eyes of two tough, aging cops on their search for their 'White Arrest'every policeman¹s dream, the White Arrest is a high-profile success that makes up for all past failures. For Roberts and his brutal partner Brant, this means going up against a mysterious hitman in Taming the Alien, and a cunning kingpin in The McDead. 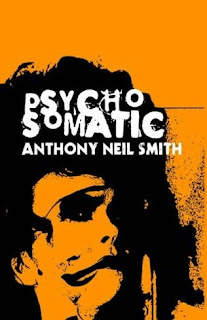 Because Lydia didn’t have arms or legs, she shelled out three thousand bucks to a washed-up middleweight named Cap to give her ex-husband the beating of his life. Before the car wreck took her limbs, she was in control of Ronnie. She kept the house, the Lexus, and got a generous check every month. Thankfully they never had kids, so the money was hers to do with as she pleased—Caribbean trips, an interior designer, acceptance in the power circle of Gulf Coast doctors, lawyers, casino investors. Then an SUV turned her sporty coupe to scrap and Lydia to a quad amputee.

Even having lost arms and legs, Lydia could not forgive her ex-husband his outright mockery: bastard brought a girl into Lydia’s house and forced Lydia to watch as he’d had sex with a girl. But the attack on her ex-husband goes awry, he was indeed murdered, so was the middleweight. Murderer, against all the circumstances, is a fat gambler Alan Crabtree, which original plan was to shoot the beating on video. Bringing the videorecord to Lydia and hoping to get some money from her, Alan tries on the role of Lydia’s lover. A lover, but a nurse for her, too: he helps her bathe, eat, deal with prostheses, he takes her out of the house. Alan sees Lydia as a gentle creature that needs care and warmth. Lydia gives him an allowance, and Alan, instead of looking for a job, gamles her money away. Soon the work for Alan appears: Lydia, whose husband was a cocaine dealer, promotes Alan as a hit man, and Alan gets the first customer, an old friend of Lydia, the dealer as well.

Alan has to kill another dealer, a partner of the late Ronnie. Alan, who is no murderer at heart, begins to muddy the waters and waste time when in the story come a couple of car thiefs, who know Alan pretty well.

Next we read about murders, chase through several states, revenge psychopath, in general, all the range of pulp pleasures. The story is told from different points of view, from Alan and Lydia to the car thiefs, the dealer and the strange girl dressed as a nurse. Legless and armless, Lydia is the axis around which novel’s events evolve. But Lydia is the least convincing character there. She is, of course, femme fatale, straight from film noir more than half a century ago, but at the same time, she is not the typical femme fatale. In «Psychosomatic» she plays with several men, trying to get what she wants, but she is not a senseless bitch, who cares only for money or power. She needs a man who always would care about her, but she at the same time does not want a one man, and she needs two, three, so that they’d adore her. Men are not ready for such a scheme and don’t want to share Lydia with someone else.

Anthony Neil Smith in his debut novel combines captivating authenticity in detail with grotesquely plot, and one can only encourage this combination.

Fast, agile, explosive book with the finale at the airport, just as exciting, as was exciting airport finale of «The Hunter» by Richard Stark.
Автор: Ray Garraty на 9:07 PM No comments: