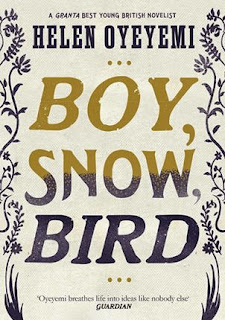 The story begins in the postwar years on Manhattan. Girl with a strange name Boy Novak lives with her father in a small house. Boy does not know anything about her mother, and her father works as a rat catcher. The basement floor of Novak’s house is laden with cages with rats that Boy’s father uses for his work.

Boy has a passion for words, has a strange attraction to mirrors, has average grades in school, all due to the fact that she grew up in a family of lone rat catcher. Boy’s father often beat her, sometimes scares her with rats.

«I did fine at school. I'm talking about the way boys reacted to me, actually, since some form of perversity caused me to spend most lessons pretending to absorb much less information than I actually did. Every now and then a teacher got suspicious about a paper I'd turned in and would keep me after school for questioning. "Has someone been. . . helping you? "I just shook my head and shuffled my chair sideways, avoiding the glare of the desk lamp the teacher invariably tried to shine into my eyes. Something about a girl like me writing an A-grade paper turns teachers into cops.»

Boy meets a young man named Charlie, but their relationships don’t work out. Unable to withstand the regular beating of her father, Boy one day gathers a few of her belongings, steals $12 from her father and runs to the bus depot, buying a ticket to a small town Flax Hill.

Helen Oyeyemi has the ability to write vigorously. The book begins as a modern fairy tale that one girl can tell another. Dates are blurred, but there are a rat catcher, abusive father, running away from home and a small town of shadow nature. The beginning already makes guess what is in front of us, realism or magic realism?

Every sentence in this book radiates energy, and sometimes sentences themselves bump into each other, the idea might pause for a paragraph, but reappear in another paragraph. Prose here really is alive, not stereotype for the words, 70 percent of modern American literature uses. It makes me happy, you’re feeling originality, otherness.

But the first half of the book has a problem not with the style, but with the narrative, with the writer’s ability to clearly tell the story. There is just not enough clarity. Narrative wobbles and it is not clear whether the author knows where she is going, or just writes in the hope that the story itself will lead somewhere. The key point of the first chapter emerges as an ax from the pond - that is, all of a sudden, without any hints from the text. One expects from the writer who writes unique prose a certain subtlety.

But the second part is written more smoothly, without wiggle of the first, and the second part offers very thinly scattered clues, trivia, internal techniques that later get together and make the overall picture. Particularly impressive is the fact that the first and second parts of the novel are completely different, as it should be when there is a narrator change. Despite the existence of racial themes, it has no effect on the style: the entire novel is written in literary English, without its "black" version. The characters discuss the color of the skin here, but it's just one of the themes of the novel. Racial theme here is one of the components of the theme of the family.

The finale of Boy, Snow, Bird is immaculate, shocking, amazing, as however you think for something unexpected, you still will be surprised. Despite the flawed beginning for such a finale you can forgive this book a lot. Overall imperfection of this book says only that great books are rarely smooth and perfect.