Gretel and The Dark 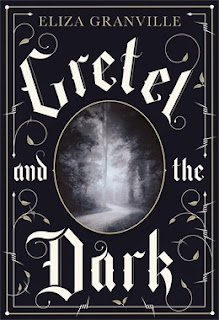 Eliza Granville
Gretel and The Dark

The novel is set in two time layers. Two girls are the main characters of the two parallel stories. The events of one storyline take place in Vienna, in the late XIX century. Doctor, part therapist, part psychoanalyst, Joseph Breuer admits in his home a new patient, an unknown girl, Lillie, found on the roadside, without clothes on, with wounds and bruises and with a shaved head. The doctor examines the girl, describes her condition and handles her many wounds, among them also two cuts on the throat. Patient survives, but doctor’s worried about who she is and what happened to her. Breuer considers several theories, from a runaway servant to woman of low moral who escaped from the brothel.

In another storyline action takes place at the end of World War II, but we will find out about it only in the finale, there are no precise indications for 1945 in the novel. The place is also unknown. It's some small town where there is a zoo with the animal people. The main heroine of this story line is a little girl Krysta, whose mother died almost immediately after the birth. The girl grew up under the influence of an old maid Greet always telling tales and stories to the girl. For any occasion Greet had a fairy tale, often converted from the famous canon. Krysta always listened to maid’s tales, gradually replacing the reality with fiction.

After moving to another city with her father, but without Greet, Krysta herself becomes a storyteller, telling tales to her doll and her maids. The girl's father is a scientist conducting experiments at the zoo, tired and lonely man. Krysta is constantly naughty, asks for sweet, wants Greet’s tales and disobeys her father and the servants. Sometimes in the backyard Krysta meets a boy Daniel, brings him food, but the existence of any boy here Krysta’s father denies - there are no people, only animals.

Eliza Granville disguised her realistic story under a sinister fairy tale. By lavishly scattered clues you can say that the author has no plans for absolute disguise. The events of both storylines is happening as if supposedly extraterrestrial areas, but some elements still indicate a specific time and place. And if in that part of the novel about Lillie, the main pointer is a very specific city of Vienna, then in another storyline there are more subtle clues. Separate Polish words and the presence of the animal people in the experimental zoo are pointers to that the action may occur during the Second World War.

But even if the reader in the middle of the novel already guessed where the action is placed, this in any case will not spoil the charm of Granville’s prose. This is a completely otherworldly prose, simultaneously simulating fairy tale and at the same time maintaining contact with reality. In Gretel and The Dark there are not even absolutely positive characters. Krysta is needy, capricious and disobedient, Dr. Breuer is an old lecher, maid Greet tells the girl scary stories, Lillie is too strange. The novel’s world is too gloomy and black, for there appeared a perfect character. But this does not mean that the book has no one to sympathize. Here, everyone deserves at least mercy, even an old pedophile or Nazi accomplice.

The title not in vain has the word dark, the novel is really dark. Kids say nasty things to adults, adults raise children for their pleasures, kids hate adults, adult let children starve to death. Old nurse Greet tells Krysta tales of blood, guts and put out eyes, but this does not shock Krysta.

This transcendent level of violence combines old fairy tales and reality of the Holocaust. Fairy tales are usually perceived lightly, even if something really ill happens in them, you always know it's just a tale. And at the same time, children's tales are focused on violence. We are used to this unseriousness and forget about the reality of violence. In fairy tales adults fry children in ovens - and this happened in reality as well. In the novel, the boundary between fairy tale and reality is erased, and the horror of what is happening is doubled.

Partly a postmodern novel, with its intertwined narrative, it is gratifying that the novel was written not for the writer's final twist or winks to the reader. Granville says in her book that stories save us from death, but stories also can kill us.