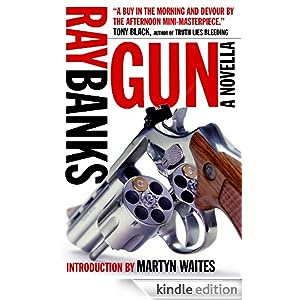 Richie, after 18 months in jail, is back on streets. Not wanting to work like all law-abiding citizens, Ritchie in search of work appeals to Goose, the one-legged crime boss, for whom Richie received the time. Goose does not even remember who Richie is, but throws up job for him: to pick up a gun at the address and brought it to Goose. Richie agrees. The difficulties begin as soon as Richie gets a gun.

Ray Banks in the image of Richie presents us a loser of that breed, which attracts trouble like a huge magnet. The novella is written in the third person, but the author uses the method that the boundary between the first and third person is almost erased. Because of his bad luck Richie is so embittered at the world and himself, it seems that his curse is directed to a reader: «A lot of thoughts running through Richie's head, the same old story about a lost leg on Goose Green when everyone knew what really happened - stupid bastard mainlined an artery. But you never said that to Goose. He might've been a fucking cripple and nose-deep in his own product, but Goose had a rep that stretched back since before the riots. And that rep was what brought Richie over today».

On the example of Richie we can clearly see a contemporary life of the lower classes in England. They are too proud to work, not educated, often dumb, but Richie takes what he needs to take with his aggressiveness.

«Gun», that is also important to note, is a work not only speeding, but still very funny. And despite the fact that we are simpathizing with Richie in the course of reading, we also think, 'All of this is his own fault".