The Blood of the Wicked 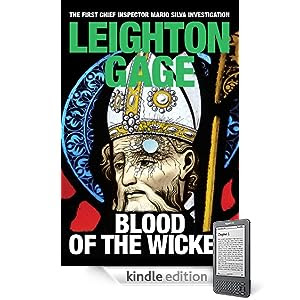 Leighton Gage
The Blood of the Wicked

When Dom Bishop Felipe Antunes landed in helicopter in order to address the assembled crowd, he has been killed by an unknown sniper. The Director of Brazilian Federal Police sends to Cascatas, where the murder occurred, the Inspector Mario Silva, and his nephew, Hector Costa, to investigate the important case - «You can't just murder a bishop. This is Brazil, for Christ's sake. Brazil, not some little Central American pesthole». A murder of a priest does not end there. A few months earlier in the same town there have been several murders of local farmers, and after Silva’s arrival in town someone kidnapes the son of the biggest landlord, who keeps in his pocket the entire region. Silva and his nephew also understand that the investigation will have to rely only on themselves, the local police led by Colonel Ferraz is mired in corruption and carry out the orders of moneybags. Silva gets caught in the middle, when long-standing enmity between those who own the land and those who believe that the land is owned illegally flares up.

Leighton Gage plunges us into the abyss of Brazilian life from the very first pages. The author is unlikely to deliberately trying to shock the reader, showing what the Brazil as it is, Gage just does not cover defects. And there are a lot of defects. The priests enjoy boys, trading their bodiesbody. Police officer to conceal the crime is ready to kill at least ten people - and he knows that he will go unpunished. At night you can not stop at a red light: you can be simply pulled out of the car, your wife raped, and you get to look at it. There you can be fired if they see how you talk to the police. Gage knows inside out of Brazil and he is not particularly optimistic: no matter how many criminals are caught, new ones will appear and reappear, like weeds.

The inspector Silva, remaining relatively calm throughout the book, has an interesting fate, he decided to become a police officer after a couple of young bastards killed his parents and the police did not even look for criminals, telling Silva quickly forget about what had happened.

Gage has written not only (and not so much) the social novel, but also a mystery of high quality. The author has placed under one cover a thriller with lots of violence with a very old-fashioned detective story. In the middle of the novel, these components do not look very organic, and despite the high passions, the author and his characters are like a little indifferent to what is happening. Let's hope in the next books in the series Inspector Silva will show himself as more emotional character.
Автор: Ray Garraty на 3:29 PM