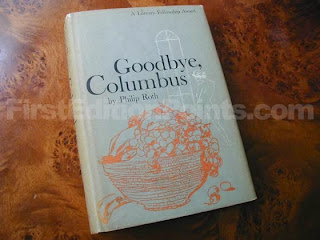 If Philip Roth had been born half a century later, he easily could have become a singer of revolt and play in punk\hardcore bands. The action of the title novella of this collection takes place in a cozy suburb, in a lovely suburbia, where, as you know, gathered all the hated by the young rebel.

The hero of the novel at first glance is not a rebel. He is a Jewish young man who graduated from college, working in a library, living in the home of his aunt and uncle, himself almost hovering in the void of suburbs (the entire state of New Jersey, probably, can be considered a suburb of New York). The protagonist, Neil Klugerman, meets a nice girl from a wealthy, middle class family. Klugerman methodically courtes her until she does not give in to his courtship. This is followed by sex on the couch, meeting with the parents and brother of the girl, a visit to the girl’s father's firm.

The parents of this girl, Brenda, not so long ago escaped from the relatively poor suburb and moved to the relatively rich one. The Potimkins own company selling kitchen and bathroom sinks. Head of the family is doing business alone, but realizes that he will soon need an assistant. Son-in-law will suit fine.

And then the narrator’s protective reflex kicks. Gradually, chapter by chapter, scene by scene, the young hero imagines his future, if he marries Brenda Potimkin. The full life in the suburbs, cute, dying of boredom wife, hurrying loaders at the store room of his father-in-law firm, reliability throughout. Klugerman is a gentle man, well brought up, suave. He is sick of Potimkins and their nobility as well as of his own lack of confidence in his future. What's wrong with the solidity? What's wrong with the sweet Brenda? It is one step only, and you will cease to understand how you are different from Potimkins.

The narrator is a hidden rebel, and his hatred of suburbia is not openly manifested (do not forget that Neil is very polite), but latent remarks.

«Beside the freezer, incongruosly, was a tall old refrigerator; its ancient presence was a reminder to me of the Patimkin roots in Newark. This same refrigerator had once stood in the kitchen of an apartment in some four-family house, probably in the same neighborhood where I had lived all my life, first with my parents and then, when the two of them went wheezing off to Arizona, with my aunt and uncle. After Pearl Harbor the refrigerator had made the move up to Short Hills; Patimkin Kitchen and Bathroom Sinks had gone to war: no new barracks was complete until it had a squad of Patimkin sinks lined up in its latrine.»

«Mrs. Patimkin continued to smile at me and Mr. Patimkin continued to think I ate like a bird. When invited to dinner I would, for his benefit, eat twice what I wanted, but the truth seemed to be that after he'd characterized my appetite that first time, he never really bothered to look again. I might have eaten ten times my normal amount, have finally killed myself with food, he would still have considered me not a man but a sparrow.»

«Ron left Mr. Patimkin's side and went back to directing the men. He thrashed his arms about a good deal, and though on the whole he seemed rather confused, he did not appear to be at all concerned about anybody dropping a sink. Suddenly I could see myself directing the Negroes-I would have an ulcer in an hour. I could almost hear the enamel surfaces shattering on the floor. And I could hear myself: "Watch it, you guys. Be careful, will you? Whoops! Oh, please be-watch itl Watch! Oh!" Suppose Mr. Patimkin should come up to me and say, "Okay, boy, you want to marry my daughter, let's see what you can do." Well, he would see: in a moment that floor would be a shattered mosaic, a crunchy path of enamel. "Klugman, what kind of worker are you? You work like you eat!" '"That's right that's right, I'm a sparrow, let me go." "Do not you even know how to load and unload?" "Mr Patimkin, even breathing gives me trouble, sleep tires me out, let me go, let me go ..."»

Another kind of protest Klugerman shows at work. In the library, where the narrator works, a black boy starts to come regularly, browsing through the contents of the same book every time - a collection of reproductions of Gauguin. Klugerman does everything so the boy could read this book in peace without worrying about how other librarians could chase him out or that the book will be taken home by some reader. This quiet fight against racism is worth more than a dozen protests.

Five stories in the collection are built around a Jewish theme, which gives reason to put a serious moral questions and even have a glimpse into the territory of the absurd.

Already with his debut at the 26, Philip Roth made people talk about him, and so far no one has thrown him off the pedestal.