The Stars in the Bright Sky 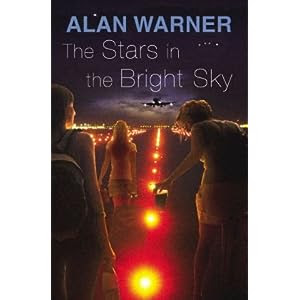 Alan Warner
The Stars in the Bright Sky

In the summer of 2001 six young women are going to travel. Five of them are from Scotland, and the daughter of wealthy parents Ava is English. Where do they fly, the girls do not yet know themselves: to save money, they want to book last-minute trip anywhere, just to relax. They stay overnight at the hotel at the airport, have plenty of drink and tell each other what has changed in their lives for a year, gossiping. Tickets are booked in the morning, but before the registration it becomes clear that most reckless of them, Manda, can not find her passport. The other girls at first don’t believe her, thinking that Manda just wants to be in the spotlight (and she always wants it), then decide to fly without her, or they would lose money, on which tickets had been bought, then suspect that one of them took Manda’s passport, while she slept – in one day she annoyed her friends so what they think vacation it will be unbearable with Manda - but in the end they all together refuse to flight, deciding to spend a couple of days in England, and when the passport is found, to buy tickets anywhere else.

Warner from the first page introduces the reader to confusion: he puts a reader that it will be a novel about how the six frivolous girls flew to distant lands, where they found adventure on their heads and other body parts, but no: the girls in the book fly nowhere, and all the action takes place exclusively at the airport, in hotels and in the park. The plot of the book plays a minor role (some reviewers were outraged that the action of the novel is almost absent, and the book is almost 400 pages): the main thing here is the dialogue. It's hard to believe, but the man managed to so significantly, so richly convey girlish talk that creeps into question: is the author a man for sure? Manda, stupid, ambitious, tough girl, has her mouth not shut throughout the novel (except for those moments when she is so drunk that she cuts down on the spot). She tells Ava, to which most of the girls from the company was not familiar with before (Ava and Finn, also a student, live together in one room), and along with everyone else, about her adventures, about which the whole town heard, about someone else's stupidity and her own resourcefulness.

«She says, It’s called Guinness. I go, Eh? She says that it’s called Guinness, and the street number is one thousand seven hundred and fifty nine. I says, Shelly McCrindle, you stupid fucking hoor. That’s just a sign outside the pub advertising that it sells Guinness, and one seven five nine is no the number of the street, it’s the year in all olden times and that, when Guinness was first ever invented or something like that, cos if you look over there on the beer pumps now, yous’ll see that number written. Anyone knows that. Seventeen fifty-nine. Dumb hoor.»

- this passage is a remarkable example of Manda’s speech. Dialogues are made so beautifully, so I think that I came into the room with these girls in. You do not notice book’s volume at all.

Dialogues are not the only hilarious component of the book, of course, and when Warner takes up the description, he writes caustic and amazingly accurate comparisons. «The Stars in the Bright Sky» is satire, but rather soft: on the modern manners of youth, the difference between the rich and the middle class, on the "world as an airport". Warner is not as simple as it may seem, he thumbs his nose behind back: the epigraph from Kafka, talks about philosophy, a quotation from Samuel Beckett as a tattoo on one of the girls.

In the words of Manda, this is brilliant book. It's gonna be a classic.
Автор: Ray Garraty на 4:08 PM