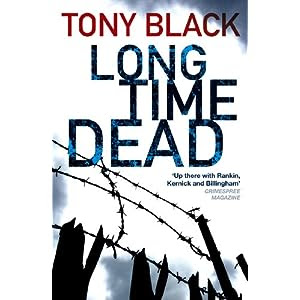 Alcoholic Gus Dury is back in business, though not in the best shape. At the beginning of the novel Dury is on a hospital bed: because of the endless consumption of alcohol his hands are trembling, and, worst of all, Dury begins hallucinating. The doctor strongly recommends the patient to refuse alcohol; otherwise a quick death waits Dury. Dury’s life is completely falling apart:, he finally broke up with his wife, he hasn’t any job, he really has nowhere to live, so if Durie will stop drink, it would be quite unbearable for him. His friend Hod is no better condition: his business has come to an end, and he still owes money to the local thug: the prospects of become dead are the same as that of Durie. Hod finds escape out of the situation: the movie star Gillian Laird’s son Ben found hanged, maybe it's not suicide, and Hod offers Gus take the case, ripped off the rich ladies hefty sum. Decently dressed, the two friends pay Laird a visit, and Dury’s ability to carry on a conversation in the most difficult circumstances brings them what they wanted: the actress hired them to investigate the death of her son. Ben Laird is far from an angel, how he is imagined by his mother: drug trafficking, the supply of interested students in prostitutes, excessive ambition. Dury has no time to even really take up the investigation, as he finds another hanged, Joe Calder, head of the form, where Ben Laird studied. And between these two deaths there is clearly a connection.

If the previous book Tony Black’s book about the Scottish detective-alcoholic Dury was quite unsuccessful, then this is the two heads above. Black removed from the «Long Time Black» everything that hindered the previous novel. Dury is the same sympathetic to the working class hater of the rich, with the same conservative lifestyle "before had been better," sharp-tongued (sentences in the book can be compared with sips of whiskey, as the same short and scorching) pushing forward, but with remnants of conscience. The most exact words about Dury says his mother, when comparing him with his father: «I know you have the same dark place inside of you, son ... but you have a better heart than him. Please, son ... try and listen to that heart of yours, and not the other place».

Dury in this novel is hardly a detective in the classic sense, he doesn’t solve the case, thinking only his head: how there is something would be solved if he is either drunk or with a hangover that could barely stand on his feet and spit blood.

Black in this book presented not only a detective intrigue, but, more importantly, the story of a man who is on the edge and have not given much thought, would he remain alive or not: all that he had he already lost.

This is a book that is worth a drink in one gulp.
Автор: Ray Garraty на 4:00 PM