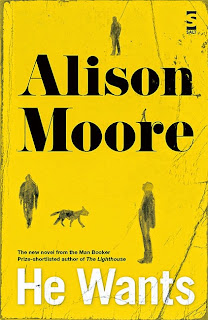 There are novels about the mid-life crisis, and there are ones about crisis of retirement days. The protagonist of the novel, Lewis Sullivan, just like his father Lawrence, worked all his life as a R.E. teacher before retirement. With his father, a teacher of the same subject, they worked in the same school, always causing confusion in the paperwork.

Lewis became a E.E. teacher not because he wanted to, but it turned out so, his father set the example, when, in fact, Lewis wanted to teach chemistry, but after a failed experiment he gave it up.
Lewis did have a lot of what he wanted (and wants still), but all his wants remain just that, wants, no more. He always wanted to live near the sea, and lived all his life in the central part of Britain. He wanted to discuss classic literature with his wife, a librarian, but his wife said that the classics were not her thing. He always wanted to read all the books from his library, and when he started to read them, he found that he had already read them, and now what remains is to re-read them.

Now when Lewis’ wife died, his daughter Ruth comes to visit him every day and brings the soup that Lewis does not want to, but eats anyway not to displease the daughter, and it seems there is no point to looking into the future, as the future doesn’t promise that any longstanding desires will come true.

He Wants, nominally, is a novel, but in fact it is a novel in stories. The structure of the novel is whole – it’s not stories united by common characters, or stories strung on a skewer of the main theme. At the same time, each chapter of the book seems to be a separate story, and each links with the next one so that there is a number of well-proportioned stories, with a logical narrative and a natural finale.

In these chapters/stories, Moore, slowly, introduces us to the main characters. In the center of the book is Lewis, and the rest of the characters get a chapter or two, no more. Each chapter is quite self-sufficient to get the pleasure of reading it as a finished product. And almost every chapter of the novel is a Lewis’ want, his unfulfilled desire, his missed opportunity. Lewis’ dominance is broken with the stories about other characters. Thus, Lawrence Sullivan, the father of the hero, is the source of violent laughter, though suddenly you catch yourself that it is not good to laugh at the old and the sick. Chapters about Sydney, Lewis’ school fiend, is most filled with action, once Sydney appears into Lewis’ life, it becomes clear that it will be he who will shake Lewis’s peaceful life.

He Wants is a novel of small actions, almost idle. The plot is minimal, almost nothing happens. Actually, Moore basically describes what doesn’t happen, or rather, what did not happen. Moore tests her reader: will we be able to sympathize (and empathize with) a person who is an absolute conformist? Life is in our hands, as we hear every day from our elders. But does this passivity, inactivity, stiffness a man flawed, defective, bad, in the end? Lewis was adrift all his life, and didn’t find harmony. Yet he was looking for it and still is looking for it, as the harmony itself seems to avoid him. And how this is his fault?

Lewis, like other characters in the book, is a loner. Moore shares this loneliness with her characters: she writes in the third person, with the explicit presence of the narrator in the text. Her narration is sort of mythic, which is the boo’s chapters look like completed stories.

The end probably will excite and surprise. This possible surprise is one weakness of the novel. In the novel, there are just no clues that would indicate such a finale. Hence, you feel somewhat cheated, the ending something appears like from nowhere, without preconditions leading to it.

In any case, it must be admitted that He Wants as a novel definitely is a success. We want more.