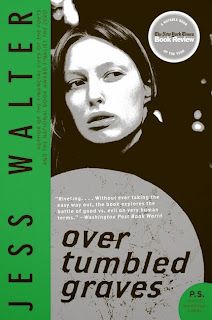 Spokane, Wash., early 2000s. Serial killer kills young prostitutes one after another, getting rid of potential evidence, and places them on the southern bank of the river, for which he eventually gets the name Southbank Killer. A characteristic feature of these murders are twenty dollars, invariably squeezed in a victim’s hand. Police take away body from the scene of murder, and in some time the killer allocates a new corpse in the same place.

When the murders are not yet linked as the work of a serial killer, Sergeant Alan Dupree, old school cop, a mocker and a hater of bureaucracy, handles the cases. Bosses barely tolerate him, but he is the best detective there is in the city. He is helped by a young detective Spivey, humorless and lacking street skills academy graduate and a relative of someone in authority.

The novel begins though not with a serial killer, but with a seemingly ordinary bust of a drug dealer, which leads to unexpected consequences. Detective Caroline Mabry in a group of other undercover detectives in the park watch the dealer nicknamed Burn when he meets with the client. Because of Caroline the dealer and the client disappear, and the whole group of detectives, except Caroline, goes back to the department. But Caroline spots suspects hiding and begins to pursue them to the bridge over the waterfall. The buyer suddenly pushes Burn off a bridge and the dealer is falling. Caroline chooses between two options: pursue the buyer or rescue the dealer from the river – and she selects the second. She does not save Burn, and he is washed away and goes to the waterfall. His body will not be found for a few more months.

Good books about serial killers are such a rare thing as the elusive serial killers - sooner or later they get caught. The debut novel by journalist Walter though has at its center serial-killer plot, it is not a pure serial killer novel. Successful novel about a maniac never confined to the cat and mouse game, it always has something else to it.

Over Tumbled Graves offers a realistic portrait of the police work and the gallery of live characters. In the center of the story is a middle-aged detective Caroline Marby, intelligent and courageous woman. In addition to a degree in criminology she also understands poetry. Marby is complex character. She cares about the investigation, but does not get obsessed. She does not roll into banality, which is already used too much: Detective loses sleep and mind because of one case. Caroline can use her head, but she is not some eccentric supersleuth. This is a woman with a pile of problems on her mind, and she has no one to rely on. Male staff worries about her, although she does not need to be cared of. Her relationship with Dupree is too far from the clichéd. It is not banal "left one, came to another", but a maze of complex emotions.

The harsh reality is emphasized with humor and satire. Responsible for humor is Dupree, spitting jokes in the dialogues and reports, and for satire are two FBI profilers. They are even the subject of a storyline where both veteran FBI agents compete who is greater. Both are concerned not with the victims, but with the opportunity to get a contract for a book or TV show. The dialogue between one of the profilers and Caroline:
«She looked down at her drink. “He told me that you were an arrogant prick who said not to even call back until we got to double digits.”

He smiled and nodded at the better translation. “That’s right. That’s what I said. Double digits.»

Serial-killer center plot is used by Walter rationally and intriguingly. The author avoids the clichés: chapters written in italics from the POV of the killer, inaccurate timing, descriptions of cruelty, illogical actions of the police. Walter knowingly specialized in true-crime: you won’t find mistakes in detailes.

Even those for whom plot may seem secondary (and it is so, any novel about a serial killer is secondary) will be captivated by the level of writing: Walter writes lyrically, but at the same time down to earth. As a stylist, Walter is a cut above the average mystery writer.

Over Tumbled Graves is an intelligent and entertaining novel; best serial-killer novel after The Concrete Blonde by Michael Connelly.