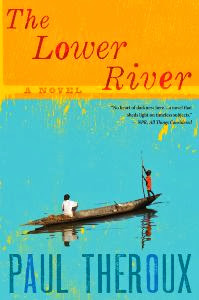 62-year-old owner of a menswear store in a small town in Massachusetts Ellis Hock's wife gives him a new phone. Gadget unexpectedly for a new owner restores old deleted emails, and among them are plenty off different kinds of love letters to ladies with whom Hock acquainted in the store and then exchanged e-mails. The wife and the husband have a scandal, go to the family counsellor but that leads nowhere, on the contrary, only worsens the situation, and the couple has a divorce. The only daughter asks for her share, and the shop owner is forced to sell his business.

Thinking over all his years of marriage, Hock finds that he hasn’t seen happiness in his life, not experienced love, doesn’t like vacations. The only time he was happy in his life was before marriage. More than forty years ago, young Hock for the four years lived in Africa as a part of Peace Corps, in a small village in Malawi. There, he was helpful and happy. He built a school, taught children English, helped local residents organize a clinic, has become a sort of mythical figure among locals, because he was the only white, mzungu, and the only one who was not afraid of snakes and could tame them. After the divorce, Hock helps a woman with python, which she has found, and feels that he has not lost his ability. This episode with the snake becomes a push to ensure the return to Malawi for a few weeks, to help local people, remember the past, recover from the stressful divorce.

Theroux, who wrote more than one guide, this time has turned to fiction about the harsh Africa. At the beginning of the novel Africa is a paradise that can bring back the past, to give strength, to help find yourself. But more and more it becomes obvious – to the protagonist and to the reader - there is no paradise on earth. Hock himself comes to the conclusion that we doesn’t need to go to Mars to find than different than usual earthly life – «Malabo was more distant than Mars».

Hopes and dreams of the protagonist rapidly break down, but he still has some time living a mirage. It's not easy to break the ideal of the past. The same mirage clouded his vision, only by this carelessness and irresponsibility of Hock can be explained. He could prepare for the trip, learn more about the state of affairs in Africa, to ensure himself, but he did not - he was blinded by the chance to feel happy again.

Life in the village of Malabo in The Lower River appears in all its ugliness. Theroux masterfully conveys the sounds, smells, customs, traditions, motifs of locals. The novel is essentially written in three languages: pure English, pidgin English and the language of Sena, the local dialect. Theroux in detail paints a loss of Hock’s strength, his exhaustion. The heat, the mosquitoes, malaria, dehydration, poor diet, lack of sleep, the most important - stress - Hock in one scene thinks he would be able to recover his health, but food and rest would not be enough, it would take a break from thinking about survival and escape. This novel is not about a Rambo, surviving in the jungle, who breaks a palm with his hand, but about the old confused man.

And yet, for all the time of his captivity Hock never dreams of quick and easy death as a deliverance. It is only a few times he thinks that now they would kill him or he will die in an accident, but with each failed attempt his will to live doesn’t reduce. He wants to live - but in freedom.

«I don't exist, Hock thought. No one knows I'm here, no one knows me, no one cares, and were this flimsy canoe to turn over, or be flipped by a hippo, no one would ever find me; no one would know I died. The world would continue to turn without me, my death would be unnoticed, would make no difference, because I am no one, no more than meat.»

Africa in the novel is a very strange place. Laziness, greed, stupidity destroyed the continent. Even more frightening is that at home the protagonist faced with the same. The difference is that in the U.S. he was home, but a stranger there.

This Theroux novel is an addictive thing. It is not that it is a page-turner, but the book is literally mesmerizing - its style, the atmosphere, the characters, the sense of impending doom. Not that I had read a lot of novels about Africa, but this one is probably the best.