The Eighth Black Book of Horror 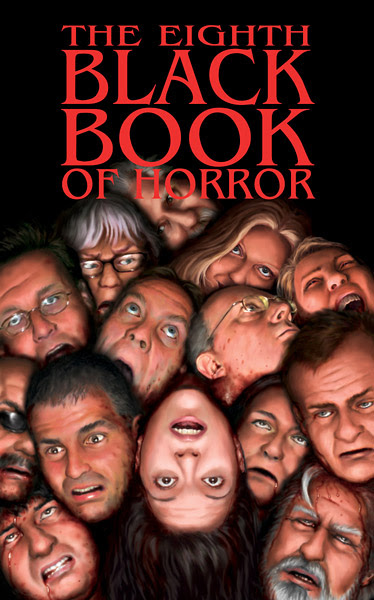 The Eighth Black Book of Horror
Selected by Charles Black

I highly praised the two previous "Black Books" and even became a fan of the series. Charles Black who compiled and edited these books was doing a great job, managing to select for the series from this small press high-quality stories, written by the famous writers and by very little known outside the genre and the UK. Top short stories from previous books were, first of all, well-told stories, but at the same time, they still scared readers (although the horror genre is such a thing that you never know what can really scare, because one is scared of one thing and the other by another thing).

No matter how good the two previous anthologies of the series were, we have to admit that this book, the eighth, bears no comparison with the previous ones. Moreover, “The Eighth Black Book” is a complete failure. Usually, if the anthology contains at least one outstanding story, the book can not be named a failure. In this anthology, there are no outstanding stories, and just a handful of good ones. A good part of the stories I could not even finish reading to the end, they were so formulaic and ineptly written.

The main problem of almost all the stories in this collection (and even the stories by professionals suffer from this problem) is a lack of a coherent story. As a rule, the author has an idea how to "scare" (in quotes because in 95% of cases it is not scary) the reader, but this simply is not enough. Before we get to the scary and shocking, according to the authors, end, we have to wade through a mountain of cliches, or through a sluggish backstory, or even through the stiffness and awkwardness of style.

The best (although they are still pretty average in quality) stories of the collection are «Home By the Sea» by Stephen Bacon, «The Other Tenant» by Mark Samuels and «How The Other Half Dies» by John Llewellyn Probert. They are all moderately scary, with the "shocking" endings, to the extent clichéd, but pleasurable.

Let's hope the next book in the series will be on the level with the sixth and seventh volumes, not this one.
Автор: Ray Garraty на 10:27 PM