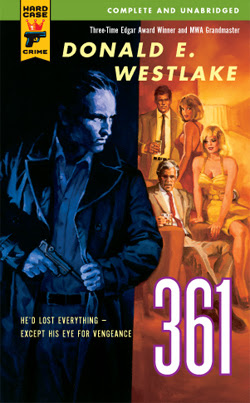 23-year-old Ray Kelly discharges from the army in Germany and returnes home. In New York, he is be met by his father, Willard Kelly. Kelly Sr. behaves strange, not wanting to leave the hotel room, and Ray himself goes to his father. In the father’s car they are going to a small town where Willard and Ray’s brother Bill live. But on their way they are shot at by unknown people, and Ray wakes up in hospital two months later. His father is dead, and he lost an eye. Later, Ray learns that Bill's wife was hit by a car. Ray suspects that someone is trying to erase from the Earth the whole Kelly family.

When a messenger tells Ray and his brother that their father was not supposed to come to New York, Ray kicks out from a messenger some useful information. It turns out that Kelly Sr., who worked as a lawyer, even before the war had a connection with New York-based organization (read: mob). Ray, a young man with a glass eye, is left with two suitcases of his things and lost everything, which he returned home to, steps on the trail of revenge.

The third Westlake’s novel, written under his own name, is perhaps even darker than his debut "The Cutie". Some may find the story quite unoriginal, with a bunch of beaten twists and techniques, but how Westlake controles these twists and techniques! Yes, this is not the first novel about a man who, after returning from service, is faced with the fact that all his dreams were dashed in an instant. And it is not the first novel of revenge, where a single man is opposed to mob. The main Westlake’s finding is the voice of the protagonist Ray Kelly. Muted, flat, dry, unemotional voice of the narrator can make to think that Ray himself doesn’t care what would be with him and his offenders, but through the cracks in the dry narrative seep anger and rage. Kelly is generally faced with the problem (after a few turns of the plot): to avenge or not avenge? And by choosing revenge, he puts himself in the category of those who do not believe that revenge is a dish served cold.