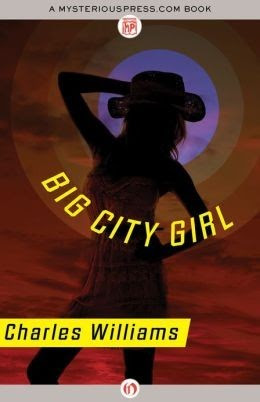 On a dilapidated farm to her husband's family comes a big city girl from the title of the novel. Her name is Joy, she has no money, and the farm becomes her last refuge. Joy’s husband - Sewell Neely, the eldest son of the owner of the farm Cass Neely – was convicted for a series of armed robberies and murder, and while in jail laughed in the face of his wife, who had time to cheat on him. Relatives of the outlaw son take Joy in different ways: the father and youngest daughter kindly, but Sewell’s brother despises city girl. The situation on the farm gets darker and darker, and at this time Sewell, who was being escorted to prison, escapes, killing two policemen. Coincidentally, he escapes just in those places where their family farm is.

If in his debut Williams depicted family tragedy with a country background, then in his second novel, he adds to the country theme "escaped convict" type of noir. Fortunately for the reader, the convict is a psychopath, in fact even violent psychopath, and the story rushes ahead without a stop (especially in the second half ).

The book's title may be somewhat misleading: city girl Joy is not the central character here. Williams switches from one character to another in a single chapter, the point of view is constantly changing, and you can watch the family drama from all sides.

Noir story isspiced with black humor here - in the face of nutty Cass Neely: the old man has been led to madness, who would have thought, by the radio. A rarity in the village at the time, indeed.

One of the best Gold Medal books that I have read.