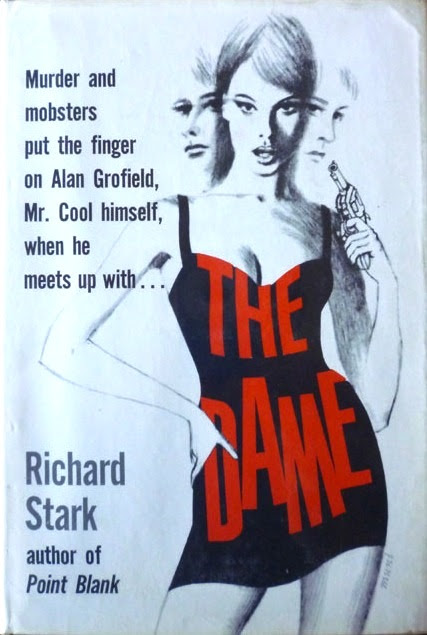 Alan Grofield, an actor, a professional thief, and - sometimes – a partner of Parker, arrives in Puerto Rico to provide a certain service as a favor to a recent acquaintance. Grofield rents a car and follows the instructions on a piece of paper traveling to a remote ranch where Grofield meets surly middle-aged woman keeping a secret, why would she need a holder of certain skills as Grofield. The thief is not going to play the game: he leaves to go back to the airport, but after meeting with several mobsters returns to the inhospitable hostess, threatening her with a pistol, demanding from her to tell what's going on. The lady says that Grofield’s services are no longer needed, and promises to send him back in the morning. But by the morning the lady is dead, and then there is her husband, mobster, with the conviction that his favorite, but soon-to-be ex-wife has been killed by Grofield. The actor and the thief would have to convince the angry husband that the lady was not killed by him, but one of her guests.

The Dame was written under the pseudonym Richard Stark, although Westlake could easily put his own name on the cover. It was enough to give the hero a new name instead of Grofield, throw away anything that links books about Grofield with books about Parker. As a result, The Dame is what would happen if you connect Westlake’s hard-boiled early novels with his later humorous books. Grofield here is a kind of Poirot with thieving propensities (I wanted to write - with a criminal record, but Grofield has never been caught by the police), and a developed sense of humor.

The tone of the novel is very lightweight and a little reminiscent of the style of the Parker novels, even the familiar four-part structure of the novel is broken. The book is written without dividing into parts, and the plot is a straight line, without the usual Parker's flashbacks and changes of perspective.

Compared with the Parker novels, this is not entirely successful. But Westlake did not write bad books, so The Dame is plenty of fun, after all.