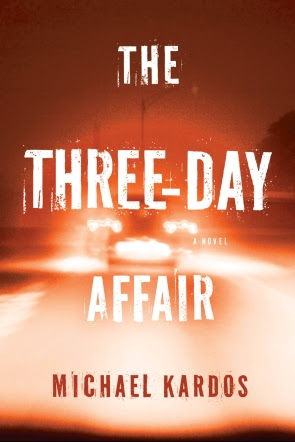 Four college friends agree to meet after a long break. Will, the narrator, has become a sound engineer and moved to the suburbs after the murder of the bassistof the band, where he played the drums, and he wants to share the idea of seting up an indie label with friends. Will is sure his well settled friends will help him with money. Nolan went into politics and runs a campaign to the state senate. Jeffrey earned millions during the dot-com boom. Evan is about to become a junior partner at a law firm. Jeffrey and Nolan arrive in Newark, and Evan is delayed, so the three friends are planning a weekend full of golf and the telling of tales. But on the first night of the meeting Geoffrey tries to rob a store and then pushes a young saleswoman from this store against her will into the car where his friends are waiting. Will doesn’t understand what’s happening but follows the instructions of his friend, and so the three law-abiding friends for the first time break the law on a grand scale - kidnapping. The girl is taken to the recording studio, where Will works. Jeffrey explaines to friends that he went bankrupt and lost all his millions, and, in desperation, he commited the crime. Friends realize that their hopes for a brighter future have come to an end.

The Three-Day Affair wins the reader's heart not from the start. The heroes of the novel are office workers, hipsters, kids of middle class parents, quite effeminate creatures. Problems in their lives are nothing comparing to the problems of hard workers, criminals and sociopaths, the traditional heroes of noir. White-collar workers are rather well-off: they do not know hunger, cold and constant humiliation. When dreams of the middle class break - not becoming a senator, not creating a label, not becoming a partner in the firm, - tired used car salesman and pickpocket dance on the ruins.

Crime of the three characters also looks like a whim of assured people. Some mind-boggling theft in the bakery, kidnapping a young dumb cashier, it’s immediately apparent that these thoughtless actions are easy to fix without any consequences. This is where the fun begins.

Friendship begins to crack, kidnapped girl confuses the facts and the situation is getting worse. Kardos with flashbacks makes the projection of the past: college friends, too, have the secrets from each other.

White collar or not, but the emotions come out, and that's when you start to empathize to unlucky kidnappers.