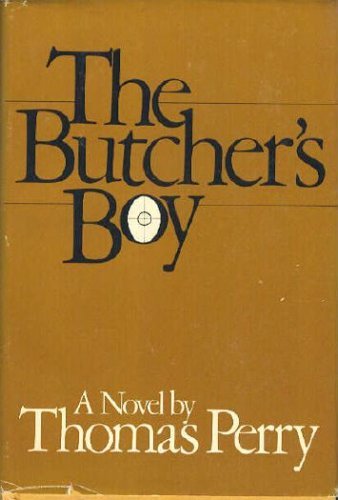 Unnamed assassin, whom we know only by a nickname from the title, appears in the book not at once. At the beginning of the novel someone blows up a union leader of one production company in his own truck, and this death comes to the attention of the Department of Justice analyst Elizabeth Waring. A young employee every day filters the flow of information, helping the department to highlight those daily deaths which could well have been assassinations. But even having isolated suspicious death, Waring and Organized Crime division often can not get out on the trail of a killer, or to prove with absolute certainty that this or that person has been killed by a hitman.

Started out at the site of the explosion of trade union leader, Elizabeth barely has time to look into the case file, as she is immediately recalled to Denver, where under mysterious circumstances an elderly senator has died.

A senator's murder is the work of the butcher's boy, which for the first time appeares on the pages of the book. After poisoning the old man the hitman returnes to Vegas, having done the job for a few days before the agreed deadline and waiting for his "fee", of such amount, that it should be enough for a comfortable existence for many years. But in Las Vegas the hitman feels that something is wrong and that theere won’t be any payment. Someone gave the task to remove him. One death follows by another and the butcher’s boy needs to find a way out - to make whoever seek him give up on him. But it will not be easy.

The Butcher's Boy only masquerades as an action-thriller about a hired killer; in fact it is a book about the professionalism and professionals. In the center of the novel is the struggle of two specialists, two masters of their craft. Hitman and analyst of the Department of Justice are complete opposites of each other, but it is if you look only at one side. They stand on opposite sides of the law, and their work methods are different, but both of them are Professionals with a capital letter.

The butcher’s boy and Waring are both single, have no family, no friends, both of them are doing their job diligently and carefully, checking all possibilities; both look like the cold-blooded species, but are also subject to emotions. The entire novel waring is on the trail of the unnamed assassin, but she doesn’t even know that she’s on a track. The hitman is always one or even two steps ahead of the law. He has an advantage that Waring hasn’t - no one knows about him and he does not leave any marks.

But why in this wild race if the hitman is making mistakes, then he fixes them without consequences for himself, but if professional Waring is wrong, there is nothing to fix? Probably in the novel lies an idea that the professional works without error, if he is alone, he has no resistance, he does not waste his energy in vain. Waring only nominally is a loner, yet she is part of the government machine. And in any machine there is leaking, broken parts, and part of the energy is consumed by friction. If Waring worked alone, she probably could catch the hitman, but she is only an analyst, the lowest link in the great chain.

As to literary value of the novel, I can say about it somethimg like that: you read the first half of the book with an open mouth. You read the first half of the novel, not understanding what is going on. Perry shows and does not tell: the accuracy of the details here is awesome, from the type of the ice, which is right to freeze the body, to the wiretaps in the hotel rooms. The hitman is just doing something essential to his survival, and we are watching him, trying to guess where this or that action will lead to. The nameless hero rarely remembers his childhood and his teacher, the butcher, who taught the boy everything he knew himself.

«There is a magic elixir to make you disappear," Eddie had said. “It's money. If you have enough of it you can go anywhere and do anything and nobody will ask you where you got it. But that's only if you've got enough of it so you don't ever have to do anything to get more.”»

The book is hardly life-affirming, but The Butcher's Boy convinces in one thing: there is always a way out, even when there is not.