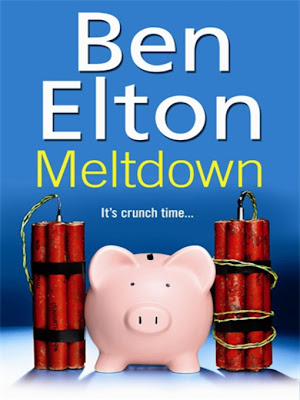 The economic crisis of 2008 has hit the six university friends hard. Jimmy, Robbo, Lizzie, Henry, David and Rupert graduated from university in 1993, then got wives and husbands, children and homes, the high statuses and high-paying jobs. Friends, swimming in cash, were in the chocolate until the crisis hit. Elton tells how they all came to the situation they had come.

In the center of the novel are financial trader Jimmy and his wife Monica. Jimmy wanted to be a director and make documentary films, but once tried to be a trader at a major office and realized that it is rock’n’roll! Jimmy himself made the reality, not the reality made him, and money poured in. He began at once to get more money than his friends; every day bought new clothes because there was no time to go shopping. Jimmy gradually began to spend all the money on booze and drugs, and would have been in rehab, if not married to Monica, who worked in the catering company and distribute sandwiches to offices in the same building where Jimmy worked. They married, celebrated their honeymoon in the United States, Jimmy gave up bad habits. They had three children, and the eldest, Toby, at the time of the crisis has already been in a private school. The family did not count the money, giving thousands of pounds for charity, buying a five-story building with an elevator and a few cars, hiring an Australian nanny who served the entire family. Jimmy has invested in a new project, buying an entire street, where a construction of expensive homes had begun. But then the crisis came.

Writer Elton is from the category of professionals, which do not write badly. They are not great prose writers or prominent novelists, but they know their craft. They rarely jump bar genius, but rarely fall low.

«Meltdown» is strong work, ephemeral novel, but surely written with refined drama, with lots of details, flavored with tasty little words and expressions. Obviously, the book has been written on the topic of the day in the wake of the headlines. The financial crisis is behind us (and if it ever was), and the situation described in the novel is a little bit dated. However, the book reads voraciously and cardboard heroes here look more authentic than in many novels. All university friends from the novel are character types, characters from jokes and anecdotes, stilted models, giving the author the opportunity to build his attack on the different strata of British society. Part of the jokes and understanding the problem will be lost, because you need to know some aspects of British life, to understand political structure, economic situation etc etc. But even if you do not know the half of it the book would still be funny and sometimes very funny. Elton writes brilliant dialogue and tries his hand at satire, and at the sitcom, and at economic analyst.

Evolution of university friends is prominently: ordinary young men and women come to a crossroads, try themselves, climbing gradually higher and higher, turning into pretty nasty characters. People are losing their human form until the collapse occurs.

The characters of the book are unpleasant, but Jimmy is a success. At least from the type he turns into an ordinary person, who sees life around, life that can be fun.

Elton adds action in the politicial/economic satire. Death of a friend, the inspector, illegal trading, the fire in the house - it all fit into the plot, making it more refined.

The novel is hardly the top of the British prose, but this is a strong work, worth reading.
Автор: Ray Garraty на 1:39 PM