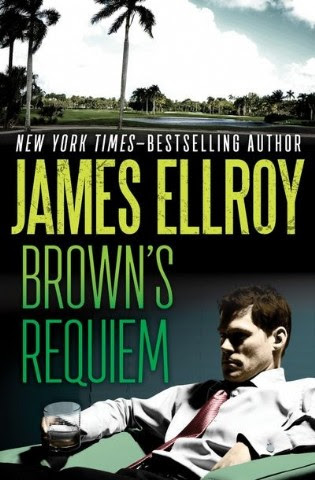 Los Angeles licensed private investigator Fritz Brown works as a repoman since being kicked from LAPD. Having quitted the booze, Brown repos for a modest fee used cars, and in the evenings listens to classical music and talks to his alcoholic friend, Walter. When fat stinking caddy nicknamed Fat Dog for a considerable sum for a homeless asks Brown to dig something, the PI decides to postpone repobussiness and take a case. Younger sister of Fat Dog Jane Baker, cello player, lives with an elderly businessman Sol Kupferman. He is her sponsor and mentor, no sex, but the caddy thinks that the old man has secrets, and asks Brown to dig some dirt on Kupferman.

Brown knows his stuff and first checks Fat Dog Baker himself and discovers that he was a big pervert, born caddy and psycho. Brown, digging further, concludes that Kupferman and Baker had something to do with the old crime when one bar had been burned down. Brown understands that this is his breakthrough case that could bring him fame and money. Naturally, things are trickier than it seems, and the dead bodies will appear one after the other.

Ellroy admitted that his debut was written under the influence of Chandler, but only intersections with Chandler there is this is a PI novel, and in a few stylistic tricks that could be written by Chandler. Otherwise, it's Ellroy-0, a place for the early experiments with the themes that will continue to prevail in the writer’s books. There are also a long-time crime with conspiracy, and obsession with LAPD, and the mention of Black Dahlia, and psychopaths, and stunning descriptions of Los Angeles, and the lower circles of the criminal world.

You may think that «Brown's Requiem» is Ellroy-light, but it is not. Yes, there Ellroy is still warming up, looking for his style, but that's another Ellroy, Ellroy in the first person, Ellroy’s PI novel, his only novel PI. Brown is only nominally positive character of the book, and his motives are far from noble and ambitious. Only at the beginning of the novel, he is guided by good intentions, in the future he is a predator who violated the possible laws more than any novel’s villain. The fact that he is no better than the people he wants to punish, Brown certainly understands that, but his inflated ego does not allow to take this understanding. Brown is a tricky and quirky creature and still an LA cop inside, no wonder many of the characters of the book take Brown for the police, although he had long lost his badge.

Ellroy is meticulous and attentive to detail, which is why his novel works as a successful murder mystery, and as a social novel about America of the early 80's.

This novel was a requiem for Brown, for me it’s just the beginning of exploring Ellroy’s work.
Автор: Ray Garraty на 3:02 PM