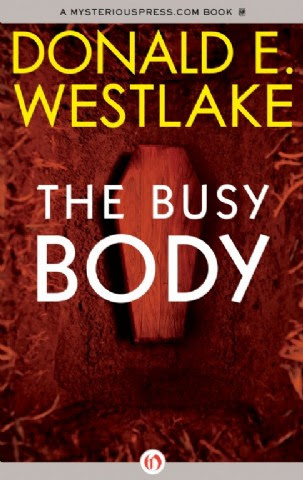 Al Engel is the right hand of the New York crime boss Nick Rovito. Engel was once an ordinary hood in the organization (read: the syndicate) until he saved Rovito from the coup at the top.

«If it hadn't been for the Conelly blitzkrieg, Engel might have kept drifting along in the organization for years. But the Conelly blitzkrieg came along, and Engel was in the right place at the right time, and all of a sudden the kind of future his mother had been talking about for years was dumped in his lap. As his mother pointed out, all he had to do now was take the good things that were being offered him. He had it made.»

The boss gratefully placed Engel closer to himself. Since then, Engel did not touch the dirty work: the organization has ceased to use violence, focusing only on the business side. But Engel's hands stayed clean only until the boss gives him the job to dig a fresh grave of an ordinary drug courier Charlie, who had a “grand send-off”. It turned out that Charlie was buried in a blue jacket, in the lining of which had been left the package of heroin valued at $ 250,000. Engel at middle of the night has to dig the grave, get the jacket, again bury the grave, but at the same time to kill his digging assistant, low-level hood. But things go awry.

The Busy Body became one of the first three Westlake’s comic capers after a series of gritty books (under his own name and under the pseudonym Stark). However, I can not say that the previous books by Westlake were deprived of humor. Another thing is that in the first four author’s books he thought of his characters seriously. Al Engel of The Busy Body, for example, is not very different from the protagonist of The Cutie. Only the hero of this book has many different features, from the phone calls from his mother to relationships with women, when he becomes the object of ridicule (from the reader’s point of view).

The tone of the writing felt lighter, but the described gangster world remained the same, and the plot is quite viable, forcing flipping pages. What is very good: the novel rests on not giggle and occasional ha-ha, but on a twisted affair with a missing body. Westlake’s humor is situational, which is very conducive to the plot.

The Busy Body once again proves that Westlake did not write bad books.