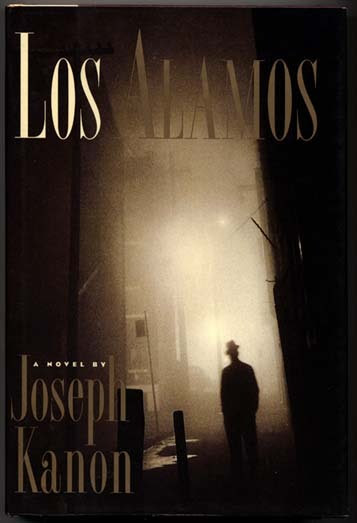 In the spring of 1945, Michael Connolly is sent on a secret military base where the best minds of the U.S. build an atomic bomb in order to use it against Japan. Connolly is not the military officer, he is a former reporter, "rewriter," as he calls himself, but the Army needed an outsider to conduct an independent investigation.

Near the military base was found an unidentified man, murdered. His head was smashed, but the strange thing is, he was found with his pants down. Police suggests that the victim was a homosexual and was killed for that reason. In the area three weeks earlier there’d been a murder like this, a man was also killed, with traces of copulation.

Army knows the identification of the second victim, he was a security officer at Los Alamos Karl Bruner. General Groves explains the situation to Connolly, pointing to the delicacy of the situation. On the one hand, the murderer of the security officer must be found, but at first it has to be found out whether his death was related to the project. The existence of the Manhattan Project, even in the White House, is known only to a few people. Groves gives an order to investigate quietly, so as not to distract scientists from work. Connolly is appointed to replace slain Bruner as security officer to investigate undercover. The partner of the deceased officer Mills introduces Connolly the ropes, telling what Bruner was himself, how he liked to know everything about everybody.

On the first cocktail party for the project participants and their families Connolly meets with Oppenheimer and Emma Pawlowski, the wife of one of the scientists. Connelly quickly falls in love with Emma, so does she.

Of some writers sometimes it’s said that they are writing the same book for whole life. This can be seen, in some cases, as a compliment, but it is possible and as severe criticism. Joseph Kanon writes the same book over and over, and I can not say it's a compliment. «Los Alamos» is his debut novel, and it is 95 per cent like «Istanbul Passage», and «Alibi». I suspect that the rest of Kanon’s books are the same. What changes? The names of the characters, the scene, a little different the premise. All the rest is one endless self-repetition. The main character is always the same, an American semi-professional associated with espionage cases. He always has a lover, someone's unfaithful wife. He is helped to investigate by an inspector or police detective. The era is also one and the same, about-World-War-II.

And yet it all would be okay, but the most incredible of all that is that all novels have the same ending, a drop of water, an identical copy of another drop, and the third is copy of the copy. Everywhere the same hospital, rewriting the results, the uselessness of the truth.

«Istanbul Passage» was a bright and fresh, «Alibi» was a dull copy, because I had read the same thing in “Passage”, «Los Alamos» - well, would you please stop? This is the only reaction. Does the author have no imagination? Why did he not change his direction? Why repeat himself over and over? He has an ear for dialogue, and the story (one and the same) is tense and exciting, and he can write.

If after reading of "Passage" and "Alibi" I picked up "Los Alamos," I would have thought that the publisher is trying to fool me, offering me the novel I already read but by another title.

And one, not so polite, question to Kanon: what, your record has stuck?
Автор: Ray Garraty на 2:11 PM