OK, everyone loves free books. I have one copy of Luther: The Calling, first in the series of novels featuring DCI Luther, written by Neil Cross. Who's Luther? You don't know? You didn't see brilliant UK TV series Luther? Well, in that case, you can read the book first and then watch the series. (Season 1 is better than Season 2, actually.) Luther: The Calling will tell you the story how Luther became Luther. 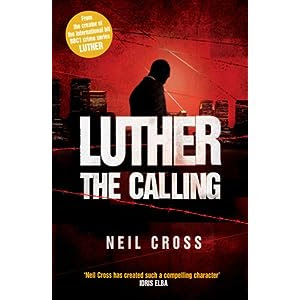 Description from the publisher:

DCI John Luther has an extraordinary clearance rate. He commands outstanding loyalty from friends and colleagues. Nobody who ever stood at his side has a bad word to say about him. And yet there are rumours that DCI Luther is bad – not corrupt, not on the take, but tormented. Luther seethes with a hidden fury that at times he can barely control. Sometimes it sends him to the brink of madness, making him do things he shouldn’t; things way beyond the limits of the law.

Luther: The Calling, the first in a new series of novels featuring DCI John Luther, takes us into Luther’s past and into his mind. It is the story of the case that tore his personal and professional relationships apart and propelled him over the precipice. Beyond fury, beyond vengeance. All the way to murder…

“Neil Cross has created such a compelling character”
Idris Elba, star of Luther and The Wire

So what should you do to enter to win a copy:

Follow my blog (on the right panel Join this site)

Once the number of the followers would become 50, every follower will be entered in the competition.

Spreading the word about this giveaway is welcome.
Автор: Ray Garraty на 5:45 PM