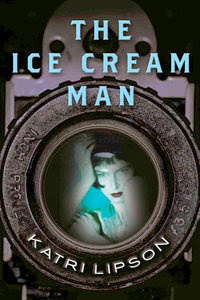 Before us is a fine example of European metaliterature which playing with the themes of human identity and WWII.

The book begins with the shooting of the film in the postwar years in the Czech Republic, where a man and a woman during the German occupation are fleeing the country, but their train is canceled because of the explosion on the bridge, and they are forced to stay in a small village (on the outskirts of a city).

An unnamed actress plays Esther Vorszda and an actor Martin Jelinek plays her husband, Thomas Vorszda. In fact, Esther and Thomas are not the husband and wife to each other, they were forced to create their new identities to not draw attention by the Nazis. They made up their new biographies, and who these two are actually remains unknown.

The shooting happens on location, besides an unnamed actress and Martin a very limited number of actors and movie crew participates in the filmong, including the owner of the house, who gave a pair of fugitives a roof, and a one-legged man who appears closer to the film ending.

In the second part, the author presents us with the film’s plot, which is, perhaps, not a film, but a real story that happened. Thomas and Esther, the people hiding behind these names, come by taxi to the train station, where from they have to take the train and leave. The train is canceled, Thomas decides to stay and wait, the taxi driver is sent back, and Thomas and Esther drag their large suitcases on themselves. Thomas negotiates with a widow, Madame Nemcova, to stay with her for a month.

While the English-language authors chew the last bones of war stories and suck the remaining tissue while looking for suitable candidates for their war melodramas, European writers set themselves more sophisticated and complex tasks, seeking first of all new approaches to the form, not the content.

A Finland native, Lipson tries to destroy all canons of war melodrama as weel as family saga stretching from World War II. The plot of the film that is laid in the basis of the book is fairly standard, even on the contrary, devoid of frills. Two fugitive hiding from persecution live in a widow’s house, then the man disappears (in another meta-layer there is a hint of the reason for his disappearance - he did not run away, but went for the forged documents, and was killed), and the woman is left alone, then becomes the wife out hopelessness to a decent man, whom she doesn’t love.
Thу story is very touching, and if it is only that, a touching, simple sketch of the past. On this layer, let’s call it a narrative layer, Lipson puts two more. The first chapter makes it clear to us that behind the masks of Esther and Thomas the actors are hiding, we assume it. We watch their play, know that it seems to be unreal, the director makes it grim. This layer is adjacent to another, pseudo-actor-ish: Thomas and Esther behind the masks are the real people who have to become actors, to reluctant fictional husband and wife. The price of an error will not be a verbal abuse of the director, but death. Accordingly, never knowing for sure what is in front of us, just a movie or reality, we see how these actors play two strangers who play two people who are close to each other, husband and wife.

A reader accustomed to easy, straight narrive may not like such complexness. What's next is a little easier, though again you need to keep in mind that the events may be real, but it may be some rehearsal to a shooting. Lipson extremely quickly replaces generations, time from post-war changes to post-Soviet, and then gets to the present day. Jan’s plot line sheds some light (actually only obscures which is the same thing) on Esther’s past. Lipson again throws us between layers: Jan could be Esther’s son, and could be the son of the actress who played Esther.

In any case, it does not matter when the film moves to our days, where the final major focus is on the granddaughter of Esther Gunilla, a strange creature either going crazy, or by inheritance becoming an actress.

Our memory casts doubt on the past, it is what Lipson wants to say. Something hiding inside us is transmitted from generation to generation. And yet there is a gap between generations, judging by the structure of The Ice Cream Man. The book is as if glued together from two different novels, and the final cut is a little bit rough. Two parts - the life of Esther and the life of Jan and his daughter - have only a few points of intersection. The thread of the past is lost somewhere in the middle. Both parts are original and charming, they do not have enough sequence between them.

The novel is beautifully translated into English, its prose is elegant and devoid of Britanisms which often spoil the historical novels. Lipson surprises with her book and her courage in fighting cliches.