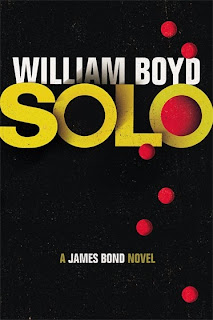 James Bond wakes up with a hangover after celebrating his 45th birthday alone in a hotel room. In the office M gives Bond a new job. Agent 007 must stop the civil war in the fictional country in West Africa called Zanzarim. Due to the civil war, the population suffers from hunger, tens of thousands are dying. Former colony, Zanzarim gained independence in 1964, and later on its territory, oil was discovered. Deposits have been found on the part of the country that are controlled by Fakassa tribe. Capital and the government of the state are located in the opposite part of the country, controlled by another tribe, Lowele. Two tribes, of course, clashed because of oil, conflict initially was expressed in the protests and then completely escalated into armed confrontation, which culminated in a war. Fakassa tribe withdrew from Zanzarim and proclaimed itself a democratic republic Dahum. The war was supposed to end quickly, but because of the skill of one commander of Dahumian army, Brigadier Adeka, all military attacks of Zanzarim army end without success.

Bond’s task is to eliminate Adeka, which should stop the civil war - and benefit the British, who supported Zanzarim army, for the sake of oil. Bond flies to Africa as a journalist of a French news agency.

Solo by William Boyd is James Bond novel in name only. Give the agent a different name, put M and Moneypenny away, and you get a story that will have no resemblance with the Bond adventures. Bond of this novel is not a professional assassin working for the government, but a weary civil servant, a specialist in international relations. This Bond do without modern and deadly gadgets and practically does not use weapons, doesn’t seduces women, and if he turns out in bed with a girl, it is because of the insistence of a girl rather than on his own. Sex for Bond (and author) is as a burden, even the sex scenes Boyd reduces to two sentenses.

Solo in volume is larger than any Fleming novel that is difficult to attribute to the qualities of the book. The plot is slow, tired and devoid of surprises.

Trying to go "solo", that is, do his own business and stay without the support of the department, does not seem quite logical for Bond, especially Boyd’s Bond. Desire for revenge for people that left him for dead would suit more person of other profession. Bond here fulfills his original mission in Africa almost by accident, doesn’t kill anyone, and even sympathize with the starving children. He's not a killer, what kind of cold revenge then we are talking about? He does not even look like a pro: Bond hardly applies his skills, do not use his wit and knowledge of spy stuff.

The plot as a whole is far from ingenuity. Solo have some tense scenes and a couple of twists, but, in my opinion, in the 20s of the last century spy novels had more intricate plots. Even the final denouement, where Bond explains to CIA colleagues what is what, is far from convincing. Bond did not collect any information - and here you are, he easily reveals a global conspiracy.

Boyd showed us his vision of the Bond mythology, completely redone. I can not say that the result is in any way successful.