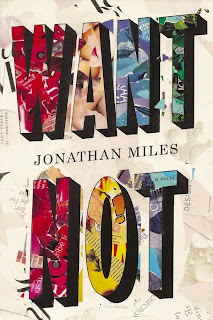 The novel consists of three storylines, each of which develops independently, until the very end without overlaying with others. The action of all three stories begins on Thanksgiving Day in 2008.
Not surprisingly, the storylines do not intersect, because the main characters in the novel live in completely different worlds, though in fact reside in the state of New Jersey. Talmadge, a young man, the son of wealthy parents lives in New York. He dropped out from college and was addicted to hallucinogens. After one strong dosage he nearly dies in the cold when he is suddenly rescued by Micah. Mika is a freegan, a representative of a lifestyle, when a person takes from life all for free, living off nature (as far as it’s possible in the city). They illegally are squatting in an empty building in Manhattan, eating what people throw away - live off garbage.

The second storyline tells the story of a doctor and a linguistic expert on dead languages Elwin Cross Jr. This middle-aged man suffers from obesity and loneliness. His wife left him for a chef, calling at three o'clock and notifying about it. Cross needs to visit his ailing father with Alzheimer's, a writer who regularly forgets that his wife had died. With the theme of garbage Elwin connects becuae he takes part in the creation of a container of radioactive waste, which is created in the form of a messege to the future, for future generations. As a specialist in dead languages, Cross writes a message for this container.

The third subplot tells about the family of Dave. He is the boss of the collection agency, a successful businessman, a man who knows how after one phone call to persuade the customer to repay the debt. His wife Sara is a widow whose husband was killed during the 9/11 attacks. Together they raise 16-year-old daughter Alexis, which Dave calls like a stripper (according to Sara) - Lexie. Dave and Sara are of that type that are spending money right and left, buying what you need and what you don’t. Sara's main problem lies in the fact that she does not understand her daughter. Alexis trusts Dave more than her.

Every writer knows the best way to start a book. But many forget that the reader's patience is limited, and if you do not offer something enticing on the very first (and better right on the first one) pages, the reader pages may not finish reading to the end. Jonathan Miles lures you in with the first scene, moreover: each storyline of the novel opens with a brilliant scene. Thus, you can fall in love with the novel three times.

All three scenes as introduce us humane and quirky characters, as convince in Miles’ power of imagination. In the opening scene of the novel Talmadge is rummaging through garbage cans, recalls his uncle’s “cracker-barrel similes” until he stumbles upon a hostile tin cans collector. Dave is first introduced to us in the toilet, where he had taken a dump and is now considering his own feces. His excrements Dave finds perfect and even considers the idea to pick up a bunch with him, but stops at taking the pictures (which he will later show to Alexis). We first meet Dr. Cross when he returnes slightly drunk home and on the road knocks deer off. He takes a dead animal with him, and near the house on the snow begins to slice the deer in the cold , and is joined by Christopher, neighbor’s son.

All three scenes are hilariously funny: on the level of individual words, styles, sitations. And began hilarious, Want Not will remain funny over the entire length. There are also elements of toilet humor and jokes about sex, but they are all funny – that’s the main thing.

What is nice - the book doesn’t fall into a flat parody. It’s funny not because the author scoffs at something, but because the author is able to write funny, transmit humor through words. And despite all the humorous, the novel raises serious themes. Abundance of trash tells not that we need to throw away less, but about something else: there is no garbage in life, everything is needful and everything is useful. All the central characters are in their relations with the theme of consumption: Dave overconsumes, Micah and Talmadge live off garbage and Elwin creates words for garbage.
No garbage also is in the text of the novel. It is vigorously written, in New York style, with neologisms, hilarious metaphors and similes, vivid dialogue, but Miles doesn’t throw away words. Every detail here plays a role, making the characters more three-dimensional.

In Want Not there is none such skewness when the writer is concerned about global themes and the characters is only appendage that serves to convey the author's thoughts. Or the other case, when the writer is interesting in poking at the minds and lives of the characters, and the novel sags on shallow themes. The characters attract our attention immediately, and gradually with background stories within the overall plot Miles talks about the heroes’ past as they become what they are. Even the homeless from the first scene, collecting cans to pay for urinalysis, here is a red-blooded man.

All three storylines intersect in the final, though only tangentially, and Miles deserves praise for the grace with which he’d tied three completely different worlds which his characters live in.

Want Not was released closer to the end of the year, but it should not get lost in the offseason. This is one of the best books I've read in the past year.