I stumbled upon a bibliomystery some time ago. Today I present this mystery to you.

Three years ago, before the time I’d gone heavy into book collection, I’d bought a first edition copy of The Wrong Case by James Crumley. This is his second novel, but his first crime novel, and that was the reason I’d chosen it. I paid $3: it was first edition, but without DJ. That is why it was so cheap.

The book went on to the shelf, where it remained for three years. Until the early March when I spotted on eBay a first edition of The Wrong Case (with the dust jacket) with a low starting bid. I had no luck with collecting Crumley before. Every time I tried to win or buy one of his books a book would flee from me as if I posed some threat to it. Thus, I had only two his books in first edition, and The Wrong Case – without DJ.

I’d won – surprisingly for myself – that auction for a low price. I was pleased. I even had a reason to celebrate: for the three years the book’s price has gone ridiculously high. Even without DJ you can find only a few copies of the book online, and the cost for a jacketless copy can be as high as $100. A copy in a condition like mine will cost $250-300.

Below you can find photoproofs. 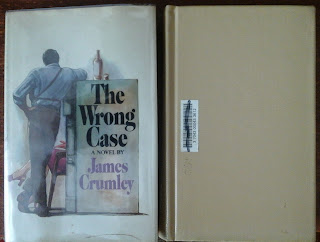 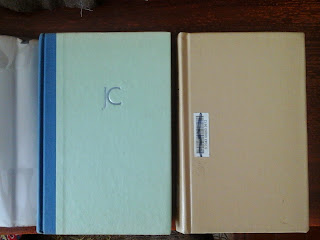 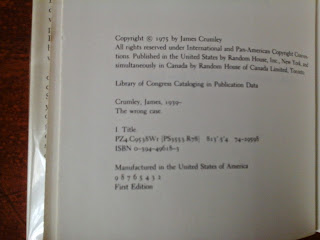 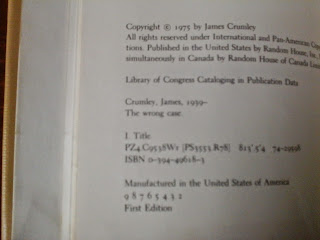 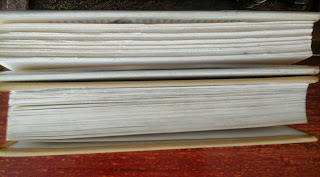 As you can see, publisher’s imprints are the same. But I can’t understand why the boards look different.

Either I can’t see something obvious or there was some mix-up somewhere.