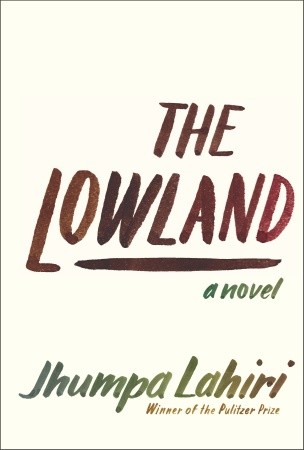 Two brothers, Subhash and Udayan, were born and raised in one of the districts of Calcutta near the lowland (the same one from the novel’s title). With the age difference in one year, the brothers were inseparable and very similar to each other. Both brothers were savvy and smart, but their characters eventually became different. Protest, disobedience, and challenge started growing in Udayan, but Subhash remained calm, considerate, obedient to his parents. In the early '60s, in the period of world revolutions and uprisings, Udayan joined the Naxalite movement, a terrorist organization operating illegally in India and advocating for equality and justice for all. While one brother rebels, the second one goes to the United States, Rhode Island in particular, where he studies the marine chemistry at the university. Studying is going steady, as is introduction to American life, even an affair with a married American woman and the first sex happen. After the break-up with an American woman Subhash suddenly receives a telegram about his brother's death.

Subhash rushes off to India, attends funeral and finds his brother's widow, eating food from the floor in the kitchen. It turns out that Udayan married secretly an intellectual without consent of parents, and now brother’ parents barely tolerate the presence in the house Gauri, a pregnant widow. Subhash can not find out anything about the death of his brother, and only Gauri tells how Udayan has been shot in the lowlands by the police in front of the family. His body was never given to the family.

Seeing that Gauri can not stay at parents’ home, Subhash asks her to marry him and be the father of the unborn child. Gauri obediently agrees, and the couple fly to the U.S. (of course, this marriage was also made without the approval of the parents).

The Lowland by Jhumpa Lahiri in fact is low: there are only a few high points here, but plenty of low points. The beginning of the book promises much, though melodrama already is noticeable. The two brothers, who had gone separate ways and are split by the ocean, is not really original premise. The book is written in the third person, and the point of view changes from chapter to chapter. But the brother-revolutionary dies quickly, Lahiri does not have time to tell about his motives, and Udayan will remain a mystery to the reader until the very end. But the chapters written about another brother from his point of view in the novel are plenty. And that feel kind of unfair: one brother was given enough space to speak out, but the other died in silence.

But the surviving brother has very little to tell. That is one of the failures of the novel. Subhash’s life is empty, uneventful, a continuous lane of contrived sadness. About his marriage with Gauri it is clear from the very beginning that it won’t work out. The couple does not even quarrel (both of spouses are remarkably inert), and continue to live side by side. Their way of life does not hurt them and does not change them. Lahiri is forced almost a third of the novel to devote to this joyless coexistence. But you can not build a whole novel on sadness and decline of marital relationship. The author does not know how to write properly about everyday life, and the result is something like this: chapter begins, as spouses are sad, the next chapter also tells the story how the wife are sad, as if it were the only business that they can take themselves to - being sad.

Characters do not change throughout the book. It takes forty years, but Subhash and Gauri are still the same sad people, seemed to have not learned from life any single thing. Both had their degrees, but in reality they are at 20-year-olds level, however, severely depressed. Even Bela, their daughter, already adult, becomes something like her father: she lives like a ghost in the eventless world, and we do not really wonder what will happen to her.

But the final returns the tension of beginning of the book. Confrontation between the characters get even much tougher than expected. The Lowland reminds us that mercy is not only the good, but also to the detriment. Even the scene of the confrontation is written more furiously in style than most of the book.

Lahiri, apparently, wanted to broaden her audience and make her novel more accessible. Otherwise how do you explain the fact that the novel is written stylistically too straight. Lahiri "chews" everything here, so that the reader only is left to swallow, no secrets between the lines here. Those readers who love to think on the book will be disappointed.

As to the historical material which the book is based on, in particular, the Naxalite movement, there Lahiri failed. Into her lyrical prose Lahiri unceremoniously shoved pieces of historical material, not even bothering to edit them. Copy-paste does yet decorate no novel.

The author has the potential, but somehow it smeared – on the lowland.