Let's kick off a new column with a formal review.

Eamon Espey
Songs of the Abyss

The second book of Eamon Espey was released four years after the first, Wormdye. These four years we have enjoyed a reality, resting from the nightmare that Wormdye was. In Songs of the Abyss we are again immersed in the dream and see the nightmare worse than the previous one. Songs from the title of the book are a lullaby to help us fall asleep; they are also prayers for the dead to help us fall asleep forever. 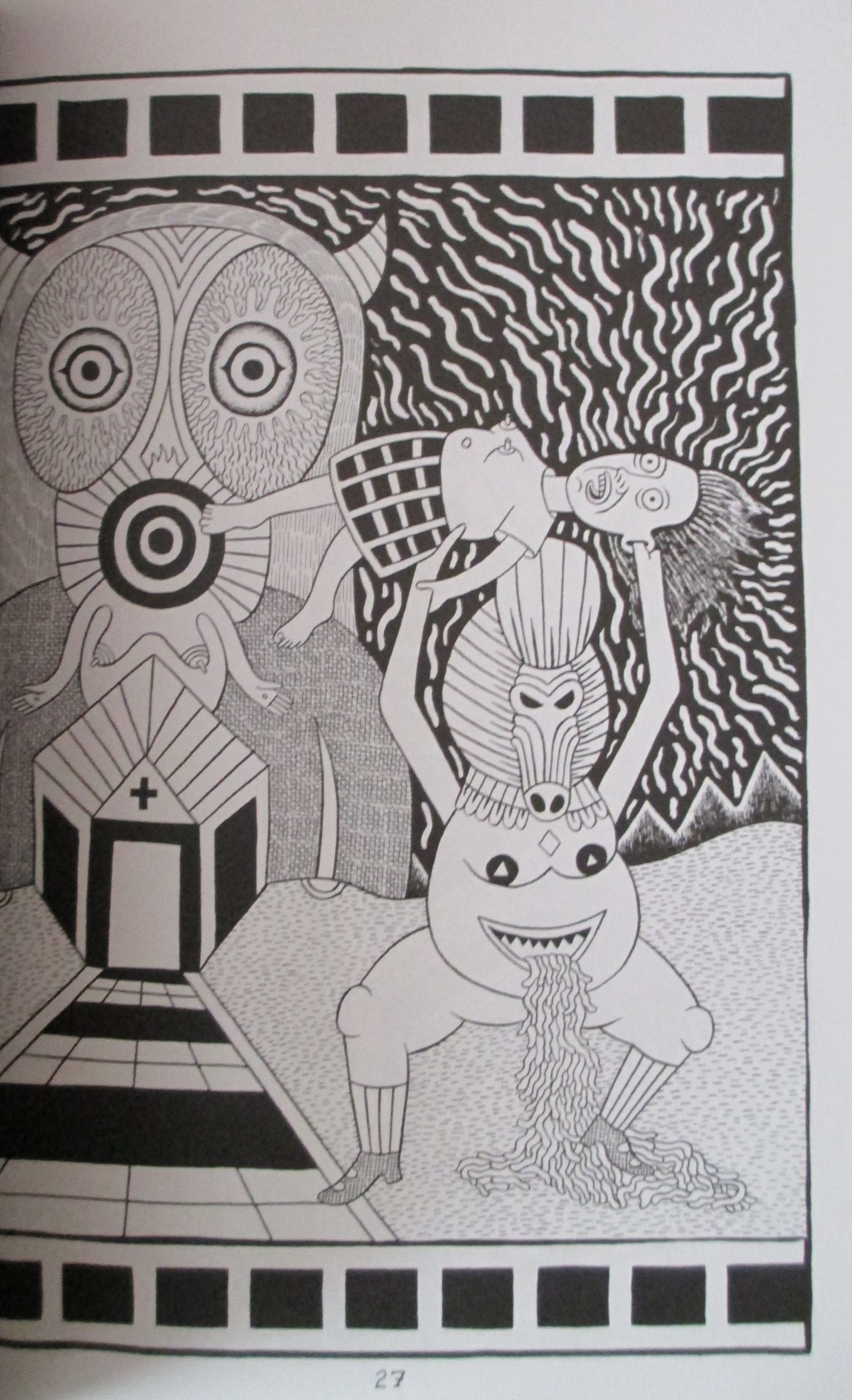 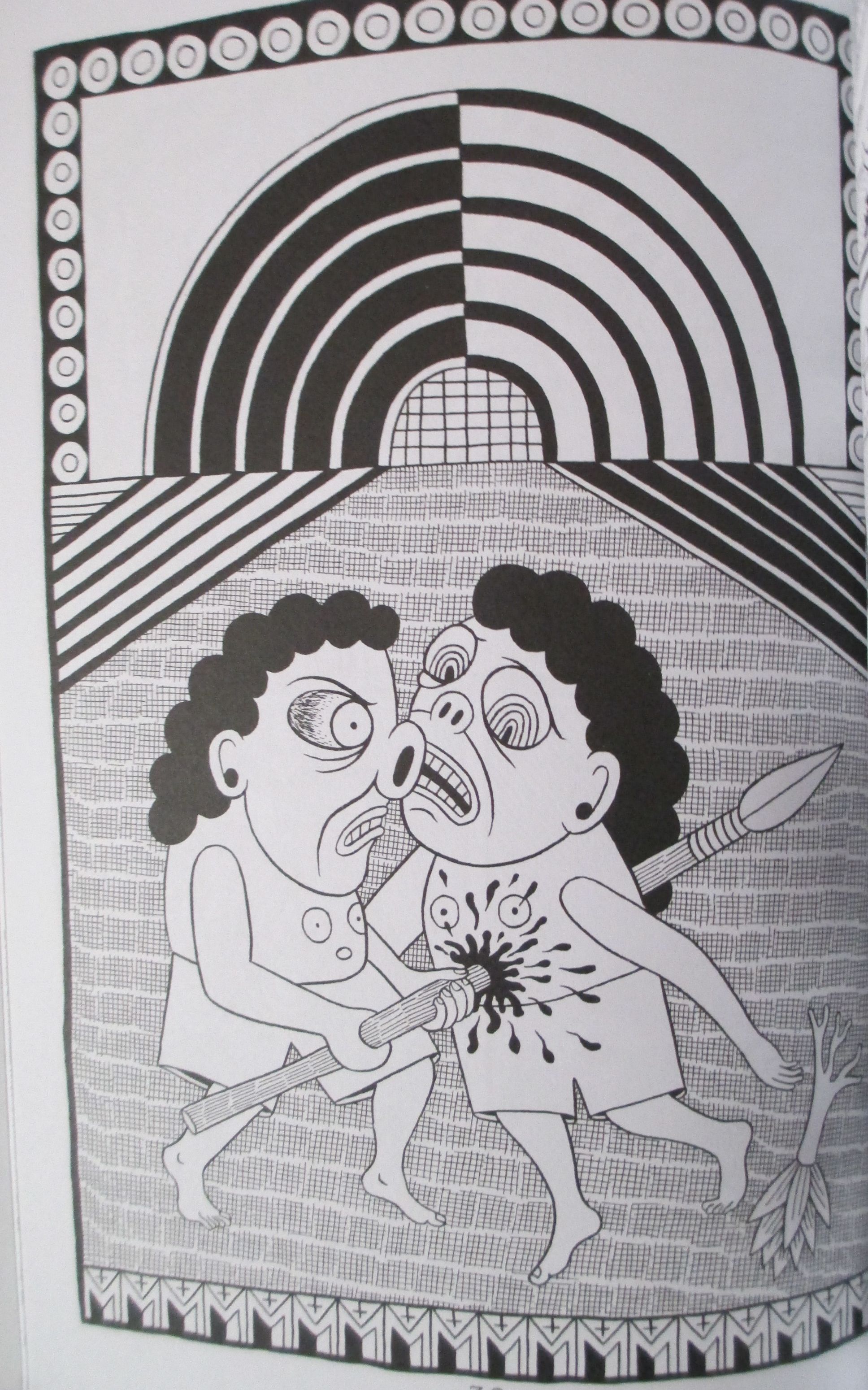 Retelling other people's dreams is a vain exercise. What could see stabbed to death by his brother Abel? Death, cradling a child? A severed head in his hands of an Egyptian god? What would be a nightmare for the devil? Manna from heaven throwing off by the aliens? Lynching Santa Claus? Each page in «Songs of the Abyss» is an excerpt of another's sleep, interrupted, staccato flowing from one nightmare to another. 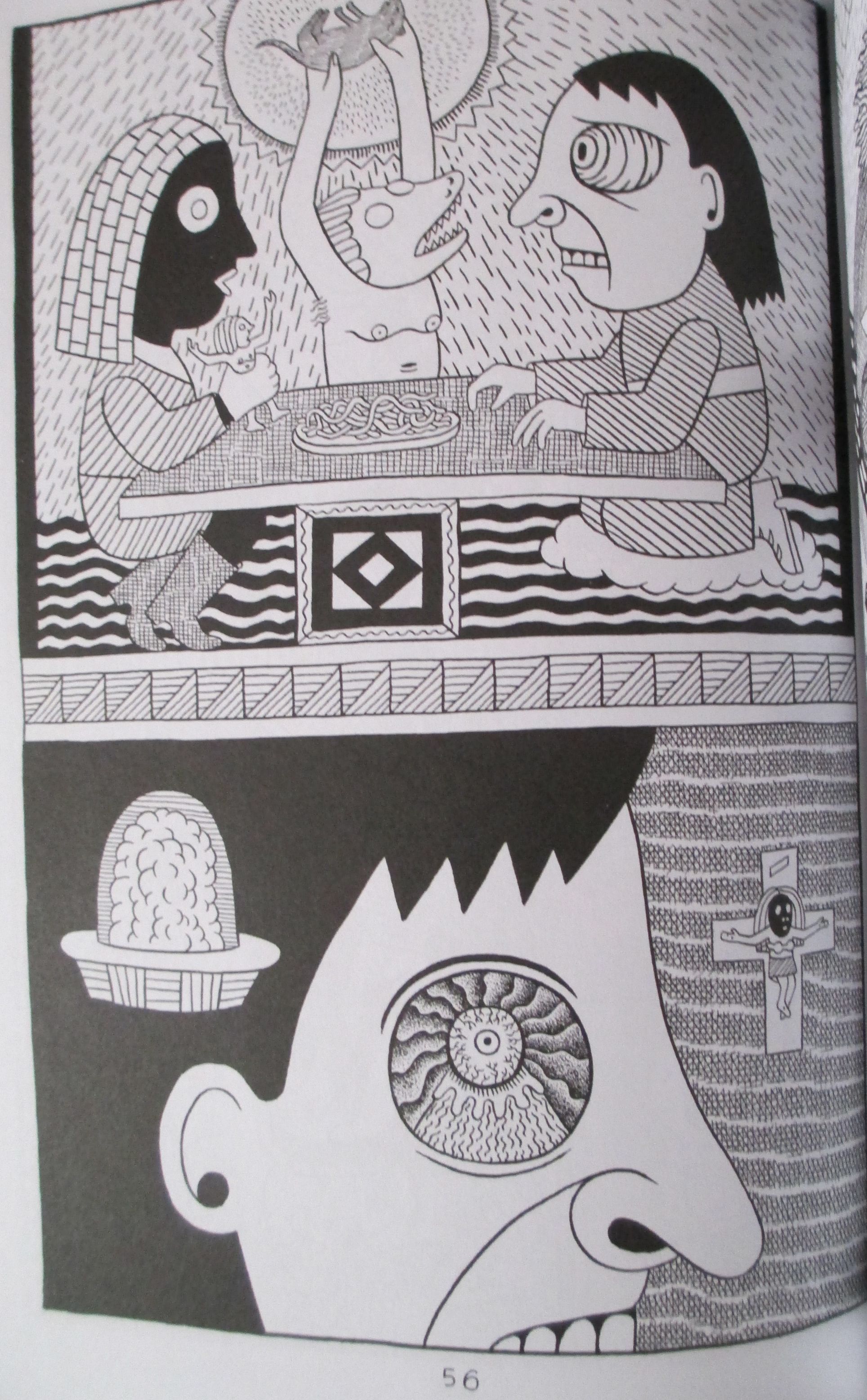 The book is formally divided into several parts, but inside there is no logic of our world, only dream logic. The pages of the book are populated by the same monsters, otherworldly creatures, drawn as if Espey during the making of his book held regular spiritual seances and talked personally with the evil spirits of all kinds.
Espey continues to draw maps of hell, a "hell", which is known only to him. The book is entirely made with ink, which gives it the appearance of ancient manuscripts. In ancient myths Espey seep elements of modernity: On some pages you can find a moving line, flying saucers’ aliens, cars, guns. All this seems to be alien to the ancient objects, but who said that in the nightmares cars can not be combined with devils’ rig? 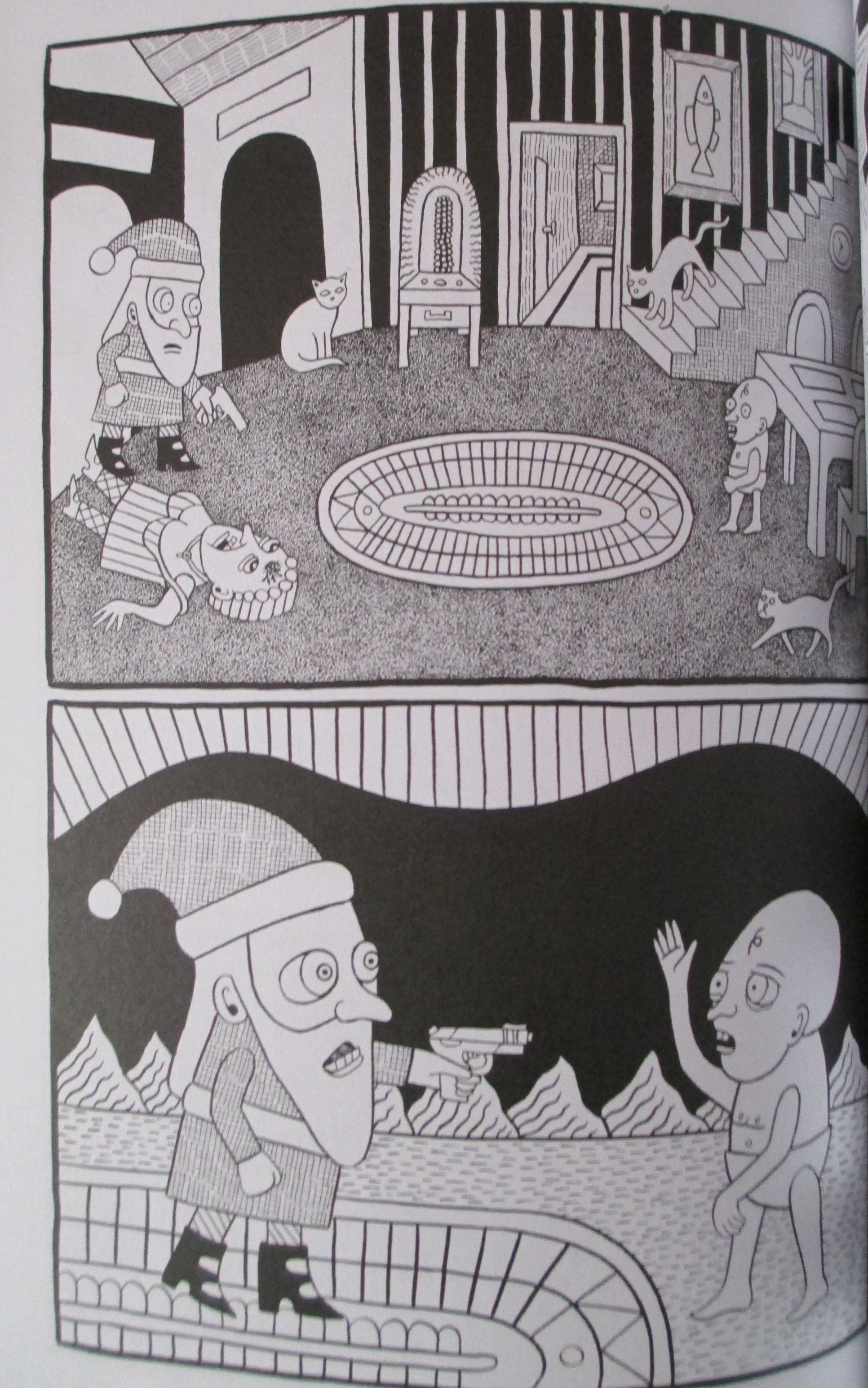 At the end of the book Espey succinctly describes each page of the book. It is superfluous: the author said and did everything with his art and without words. Therefore, these descriptions can be read as poetry, and they are written like poems: 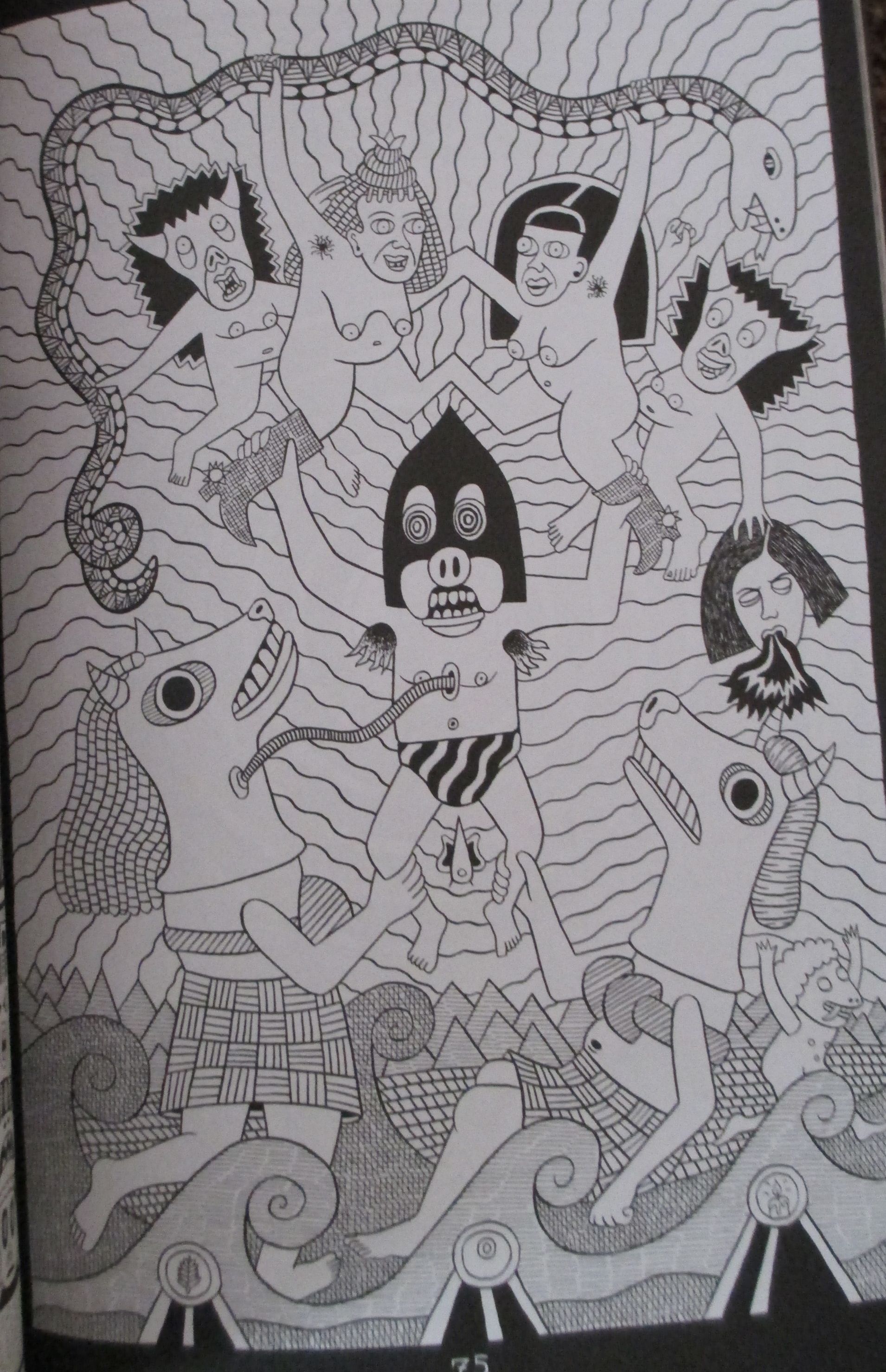