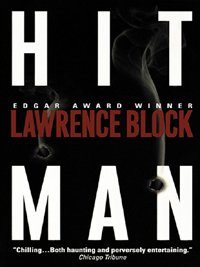 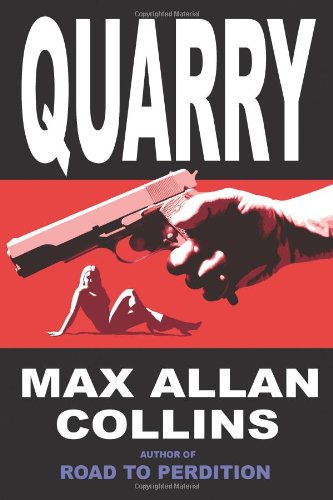 These two books written with a difference of more than twenty years share a common theme: both are about assassins. The formal difference between them is that Hit Man is a collection of stories linked by one character, and Quarry is a full novel, though quite short one.

Hired killer from the Lawrence Block’s book is named Keller (almost killer), he is about forty, he lives in an apartment in New York, alone (in some stories, he has a dog). Keller gets contracts a woman named Dottie, who serves as a secretary for the old man, who lives in the town of White Hills. Dottie calls Keller, he comes to the old man's house in White Hills, receives the job’s details from the old man acting as a broker, buys a plane ticket and flies to that city, where a future victim lives. While preparing for the job Keller can solve crossword puzzles, visit houses for sale, dreaming, as if he lived in a certain town, or takes part in auctions for philatelists, in general, he just kills time, as does any traveling man when the work itself takes relatively little time.

While each story of the collection is built around a murder, Block devotes relatively little space to very process of "taking away" the victim. Block more interested in how the assassin could spend his time when he is not doing the work. Keller walks his dog, Keller collects stamps, Keller makes acquaintance with a pet sitter, Keller saves grandson of one of the victim from the pool, Keller drink ice tea with Dottie on the veranda. The collection could well be renamed to "Everyday life of a hitman."

«Keller, riding substantially more than a thousand miles, albeit on a plane instead of a horse, was similarly charged with killing a man as yet unmet. And he was drifting into the Old West to do it, first to Denver, then to Casper, Wyoming, and finally to a town called Martingale. That had been reason enough to pick up the book, but was it reason enough to read it? »

Despite his relatively young age, Keller is behaving like a man much older than his years. Outside of work, Keller has a measured and leisurely life. Hit Man is a leisurely read too, where there is much to enjoy.

Quarry from the novel by Max Allan Collins doesn’t have a measured Keller’s life. At the very beginning of the novel the hitman kills a man dressed as a priest at the airport bathroom, after finding in his lining two bags of heroin. Quarry clearly understands his profession: he is an assassin, not muscle. He is supposed to kill their victims, not interrogate them using torture. Quarry hides heroin in the airport safe box, thus giving a lesson to the Broker, a man who gives orders to Quarry.

Quarry is a Vietnam veteran who'd become a drunk, if Broker had not picked him up and teached (so to speak) him how to be a hired killer. Quarry has been five years in the business, but he begins to tire of his work. Quarry is irritated by everything: his shiftless life, Broker that holds Quarry for a fool, and his partner in a new business in a small town. Quarry promises himself out of the game, but first he needs to finish the last job, and this is where things go awry.

«I was spoiled, maybe, from five years of smooth runs, five years of nothing-goes-wrong and then all of a sudden Boyd loses his edge and almost gets me killed last job. Then Broker pulls that half-ass, last-minute airport deal on me, where it's not enough I off the guy, I got to play strong-arm and delivery boy too. By that Broker betrayed the trust I had in him and our working arrangement. »

Quarry is an anti-hero created by Collins and you may find it difficult to empathize with him. But when the hitman is in trouble, the reader goes on his side. Collins’s prose is stinging, exposed wires. Dialogues sometimes seem fake, but Collins buys you over with the pressure and energy, apparently with an influence of Mickey Spillane.

Both books have become classics of the genre.
Автор: Ray Garraty на 2:40 PM