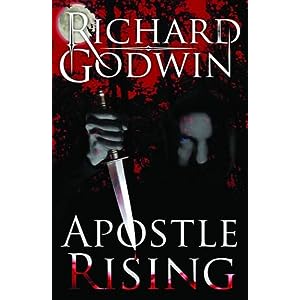 Detective Chief Inspector Frank Castle once could not find a serial killer, the man responsible for so-called Woodland killings. Everything pointed to Karl Black, but the investigation has failed to prove his involvement in the brutal killings. Black remained at large, and Castle was trampled. He’d been humiliated, lost his wife, was treated for depression. Now, many years later, a copycat kills people in a similar manner. Castle thinks that the killings are committed by a person who well studied original killings. The inspector and his partner Jacki Stone suspect that Black once again implicated in the killings, but detectives still have no leads. Black is now the head of the secret and powerful sect, and murders are clearly ritual. The situation is complicated by the fact that killings are commited by, perhaps, two maniacs. One kills prostitutes, the other - politicians. Castle will do everything to find a cruel copycat. Or two.

The fact that Black comes up in the second series of murders already indicates his involvement in the killings. Black’s sectarianism and violence homicides give s reader first puzzle: whether will there be a rational explanation of the crime or there will be the intervention of supernatural forces? Nevertheless, the chapters, in which we see the actions of Black, are the most tortuous and they’re almost not moving the events. One chapter is similar to another so that as you listen to an interesting story told by a stutter: interesting, but too ductile.

The investigation is moving, albeit slowly. The killer always is one step ahead. Castle, which once again is humiliated by the press for his impotence, uses help of not only Stone, but also psychologists, establishing motives and psychological portrait of of the killer. After a few sagging middle the book pleases unexpected plot twists.

Ironically, the most interesting character in the book is not Castle or Black, both of them are full of cliches, but the partner of Castle, Jacki Stone. Her role in the investigation is not exactly clear, but what makes her interesting is her relationship with her boyfriend, Don. Stone is definitely not as dependent on the investigation as Castle, but spends nearly all her time at work. The storyline with Stone and Don are not carried through, and ending suggests that perhaps we’ll see a sequel.

«Apostle Rising» is an entertaining book, but unnecessarily prolonged. The novel would be definitely better if it’d shorter by a half.
Автор: Ray Garraty на 10:36 PM