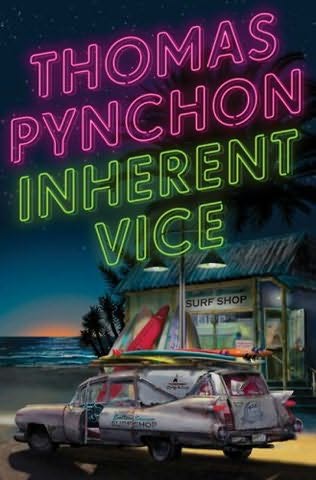 The ex-girlfriend of a private detective from Los Angeles Doc Sportello, long disappeared from his life, then suddenly appears, telling him of a plot to kidnap a local landlord billionaireWolfmann. A little later, Doc gets the client named Tariq Khalil, who asked to find Glen Charlock, one of the bodyguards of the billionaire. In search of Charlock Sportello turns out on one of the Wolfmann’s developments, where the investigator is beaten to unconscious. LA police detective, known as Bigfoot, later tells Doc that Charlock is killed and Wolfmann disappeared without a trace. In a nightclub musician Coy Harlingen tells Doc about the existence of schooner "Golden Fang", suspected of bringing mysterious goods into port. On the same schooner Shasta and Wolfmann has been seen. On the day of death, Charlock changed shifts with a Puck Beaverton. A possible reason for the disappearance of a billionaire is a version that Wolfmann wanted to atone for his sins by donations. Toward the middle of the novel plot becomes more and more twisted.

While reading this book you feel yourself the director Hawkes, who during the filming of «The Big Sleep» called Chandler and asked who had killed such and such a character, and you want to call Pynchon. Toward the end of the book the story just becomes cloudy, but you can’t call it a book’s flaw. If Pynchon would write only stylized detective story about the private sleuths, he would have been hissed and scattered with the eggs. But Pynchon writes novel-portrait of America of late '60s, a time when all from young to old smoked pot, when psychedelia rapidly penetrated into all aspects of life, when, no less, appeared the first beginnings of the Internet. All investigation takes place in a cloud of marijuana smoke, and no wonder that a hero and a reader lost in there. It is interesting to look at how Sportello as a hero of so-called PI novel. Doc is not Lew Archer, he does not help crumbling families, does not rake up the clients’ past, excavating old mysteries: in the novel he in fact had not a client at all, he goes on a wave, om an infinite groove. Dock is not like Philip Marlowe, Sportello is not a knight, he does not even have to solve a moral dilemma. He's too passive. But Doc is not a nameless detective from stories and novels of Hammett. He doesn’t have meanness in himself, doesn’t want to capture an extra piece. Groove, is what Doc needs.

Smoke oozes from the pages of «Inherent Vice». And this smoke smells of separation, pain, and bit pot. Yes, the pot, too.
Автор: Ray Garraty на 5:51 PM